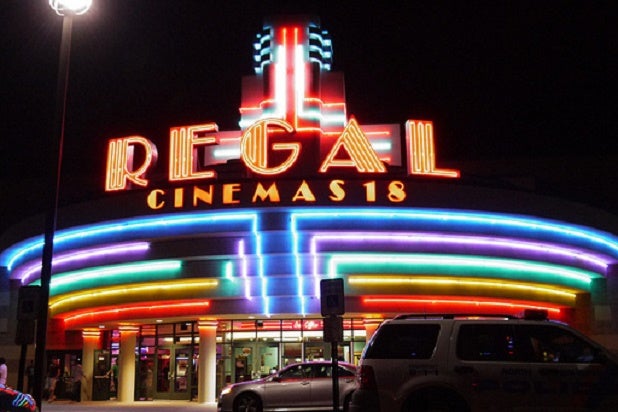 Shares of Regal Entertainment Group dropped by 3.39% to $19.65 in after-hours trading Thursday after the company reported a decline in net income to $33.8 million, or 22 cents per diluted share for the 2014 second quarter.

That compares to $36.1 million, or 23 cents per share for the year ago quarter. This year’s soft box office — down roughly seven percent from last year — took a toll on the nation’s largest theater chains. Total revenue for the most recent quarter was $770.3 million, down nine percent from $842.3 million for the 2013 second quarter.

The problem was the box office, and specifically comparisons with last year’s second quarter, when “Iron Man 3” was on its way to what would eventually be $400 million in domestic grosses. While this year’s top film, “Captain America: The Winter Soldier,”  was a strong performer, this spring was “no match” for last year, according to Amy Miles, Regal’s chief executive.

Revenue from admissions fell more than 9 percent to $517 million because of a 10 percent decline in attendance. Admissions represented 17 percent of box office revenue compared to 21 percent during the same period last year. Concession revenue fell just under 7 percent to $212 million.

Nonetheless, the company declared a cash dividend of 22 cents per Class A and Class B  share to stockholders, payable on September 15.

It was the second straight quarter of falling revenues for Regal, following three straight in which they rose. And with the summer box office down a whopping 19 percent from last year, the situation is unlikely to be reversed in the third quarter.

Regal operates 574 theaters with more than 7,430 screens in the United States, including the Regal Cinemas, Edwards Cinemas and United Artists chains.