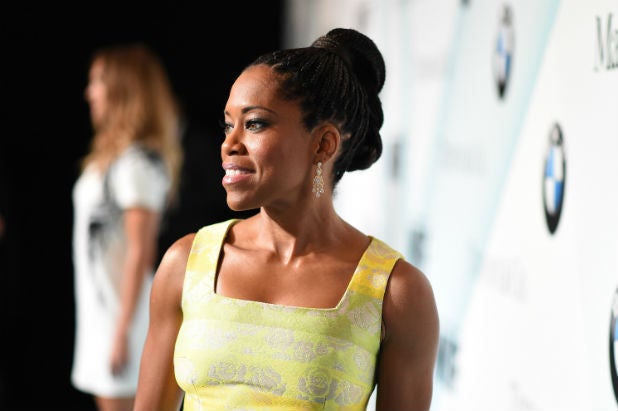 King is being recognized for her role in Barry Jenkins’ adaptation of James Baldwin’s “If Beale Street Could Talk.”

“Whether she’s acting, producing or directing, Regina King is an amazing creative talent,” PSIFF chairman Harold Matzner said in a statement. “In her latest film ‘If Beale Street Could Talk,’ she gives an outstanding performance as Sharon Rivers, a mother supportive of her daughter whose fiancé is thrown in jail for a crime he didn’t commit.  For her performance in this challenging role, which has received much critical acclaim, it is our honor to present the Chairman’s Award to Regina King.”

The awards gala will be held on Thursday, Jan. 3 at the Palm Springs Convention Center.

“If Beale Street Could Talk” tells the story of Tish, a newly engaged young woman in Harlem, who races against the clock to prove her lover’s innocence while carrying their first-born child to term.

For her role in “If Beale Street Could Talk,” King was awarded best-supporting actress by the New York Film Critics Circle and National Board of Review and a Best Supporting Female nomination for the Independent Spirit Awards.

King has had a long film career, with roles in “Boyz n the Hood,” “Poetic Justice,” “Higher Learning,” “Friday,” “A Thin Line Between Love and Hate,” “Jerry Maguire” and “How Stella Got Her Groove Back,” among others. Her TV credits include “American Crime,” for which she won two Emmy Awards, “Southland,” “The Leftovers” and “Seven Seconds,” which earned her an Emmy for outstanding actress in a TV Movie or Limited Series.

King has also directed episodes of NBC’s hit drama series “This Is Us,” “The Good Doctor,” “Shameless,” “Animal Kingdom,” “Being Mary Jane” and “Scandal.”