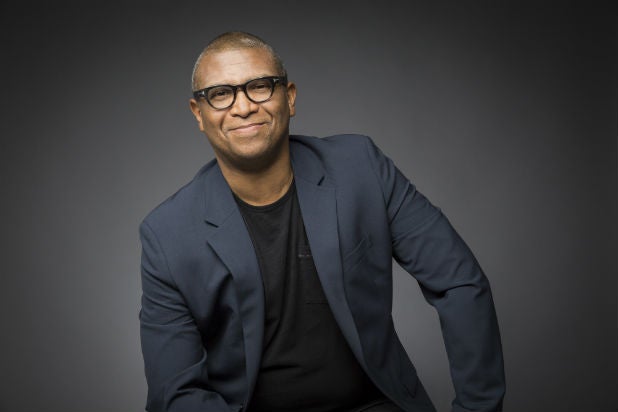 Reginald Hudlin will produce the 6th Annual Governors Awards on Nov. 8, at the Ray Dolby Ballroom in Hollywood, the Academy of Motion Picture Arts and Sciences announced Monday.

The Governors Awards recipients are announced each summer and awarded at a November dinner gala, with highlights broadcast on the Oscars telecast. This year the Jean Hersholt Humanitarian Award will be presented to actor Harry Belafonte and honorary awards will be presented to French actor Jean-Claude Carrière, director and animation pioneer Hayao Miyazaki, and actress Maureen O’Hara.

“With Reggie’s experience, unique vision and immense creativity, the evening celebrating those who have given so much to our industry is certain to be a memorable one,” said AMPAS President Cheryl Boone Isaacs.

Hudlin received a Best Picture Oscar nomination as a producer of “Django Unchained.” His directing credits include “The Great White Hype,” “Boomerang,” and “House Party,” which he also wrote. He has directed episodes television series, including “Psych,” “Modern Family,” “The Office” and “The Bernie Mac Show.” He has also produced the NAACP Image Awards show for the past two years.

“I’m honored to be working with the Academy again,” said Hudlin. “The collective impact of this year’s Governors Awards recipients on the evolution of cinema is immeasurable. I’m a fan of all four of these legends, so producing a celebration of Ms. O’Hara’s performances, Mr. Carrière’s storytelling, Mr. Belafonte’s dedication and Mr. Miyazaki’s magic is a pleasure.”