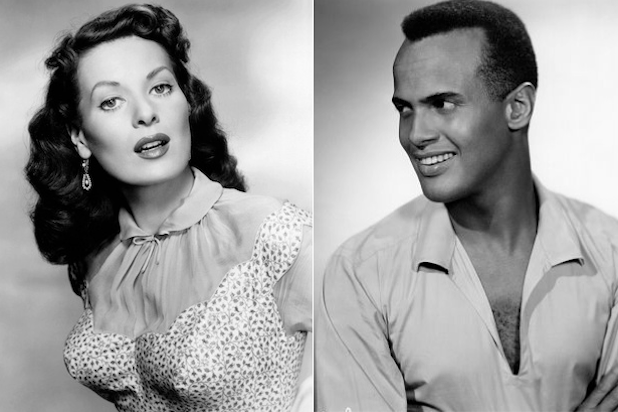 Of the four, Miyazaki won a competitive Oscar in 2002 for his animated film “Spirited Away,” while Carrière and Pierre Étaix won for the live action short subject “Heureux Anniversaire (Happy Anniversary)” in 1962.

See video: The Harry Belafonte Documentary ‘Sing Your Song’ Premieres on HBO … and You Should Watch (Video)

Despite long careers, neither O’Hara nor Belafonte have ever been nominated for Oscars.

The selections were made by the Academy’s Board of Governors at a meeting on Tuesday night, but the announcement was delayed because not all of the recipients could be immediately located and notified by the Academy.

Honorary Oscars have been presented on the Governors Awards shows since 2009, when those awards were moved off the Oscars telecast and given a separate, non-televised event. The move allowed far more time for each individual tribute, and also increased the number of potential honorary Oscars each year from two to four.

The rules require a majority vote of the 51 governors for the first three awards, and a three-fourths majority for a fourth. Since the change, four awards have been voted every year except 2011, in which three were awarded.

This year’s Governors Awards will take place on Nov. 8 in the Ray Dolby Ballroom at Hollywood & Highland. The event has become a popular stop on the campaign circuit, with the room typically crowded not just with Academy members, but with actors and filmmakers from every movie in the running for awards.

Bios of the honorees, from the Academy press release:

Carrière, who began his career as a novelist, was introduced to screenwriting by French comedian and filmmaker Pierre Étaix, with whom he shared an Oscar for the live action short subject “Heureux Anniversaire (Happy Anniversary)” in 1962.  He received two more nominations during his nearly two-decade collaboration with director Luis Buñuel, for the screenplays for “The Discreet Charm of the Bourgeoisie” and “That Obscure Object of Desire.”  Carrière also has collaborated notably with such directors as Volker Schlöndorff (“The Tin Drum”), Jean-Luc Godard (“Every Man for Himself”) and Andrzej Wajda (“Danton”).  He earned a fourth Oscar nomination for “The Unbearable Lightness of Being” with director Philip Kaufman.

Miyazaki is an artist, writer, director, producer and three-time Oscar nominee in the Animated Feature Film category, winning in 2002 for “Spirited Away.”  His other nominations were for “Howl’s Moving Castle” in 2005 and “The Wind Rises” last year.  Miyazaki gained an enormous following in his native Japan for such features as “Nausicaä of the Valley of the Wind,” “Laputa: Castle in the Sky,” “My Neighbor Totoro” and “Kiki’s Delivery Service” before breaking out internationally in the late 1990s with “Princess Mononoke.”  He is the co-founder of Studio Ghibli, a renowned animation studio based in Tokyo.

O’Hara, a native of Dublin, Ireland, came to Hollywood in 1939 to star opposite Charles Laughton in “The Hunchback of Notre Dame.”  She went on to appear in a wide range of feature films, including the swashbucklers “The Black Swan” and “Sinbad the Sailor,” the dramas “This Land Is Mine” and “A Woman’s Secret,” the family classics “Miracle on 34th Street” and “The Parent Trap,” the spy comedy “Our Man in Havana” and numerous Westerns.  She was a favorite of director John Ford, who cast her in five of his films, including “How Green Was My Valley,” “Rio Grande” and “The Quiet Man.”

An actor, producer, singer and lifelong activist, Belafonte began performing in theaters and nightclubs in and around Harlem, where he was born.  From the beginning of his film career, he chose projects that shed needed light on racism and inequality, including “Carmen Jones,” “Odds against Tomorrow” and “The World, the Flesh and the Devil.”  He was an early supporter of the Civil Rights Movement, marching and organizing alongside Martin Luther King, Jr. and often funding initiatives with his entertainment income.  Belafonte was named a UNICEF Goodwill Ambassador in 1987 and currently serves on the boards of the Advancement Project and the Institute for Policy Studies.  His work on behalf of children, education, famine relief, AIDS awareness and civil rights has taken him all over the world.