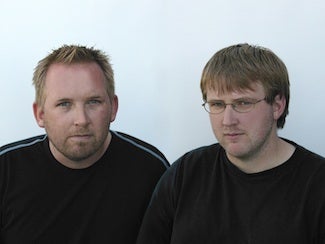 Billed as an edge-of-your-seat action thriller with an extraterrestrial twist, "Skyline" takes place in a Los Angeles high-rise where a small group of survivors brave a mysterious attack of otherworldly origins.

Faison plays Terry, a former New Yorker who has become an entrepreneur in Los Angeles. When Terry decides to throw a party, his best friend Jarrod (Balfour) flies in from New York with his girlfriend (Thompson) for the event. After a wild night of partying, the group wakes up to discover a mysterious bright light outside that people seem to be disappearing into — and that’s just the beginning.

I’ve been waiting for Faison to break out as a theatrical leading man, and it’ll be interesting to see him in a non-comedy. He’s been a favorite of mine since "Clueless," and I thought he was surprisingly good in "Next Day Air." Balfour has flirted with big-screen stardom before and is great at playing scared, as evidenced by solid performances in not-so-hot movies such as "The Texas Chainsaw Massacre" and "Horsemen." Meanwhile, Zayas is on a roll, as he’s the villain in Sylvester Stallone’s highly anticipated action film "The Expendables," and also plays a detective in Gela Babluani’s "13" opposite Mickey Rourke, Jason Statham, Ray Winstone, Michael Shannon and Sam Riley.

Having independently financed the project, The Brothers Strause will also produce "Skyline" under their Hydraulx Entertainment banner with Kristian Andresen and O’Donnell, while Kavanaugh and Tucker Tooley will exec produce with composer Brian Tyler and Brett Ratner, who initially brought the project to Relativity.

Amalgamated Dynamics ("Alien vs. Predator") is behind the creature designs for the film, and IM Global is handling international sales on the project, which CAA packaged.