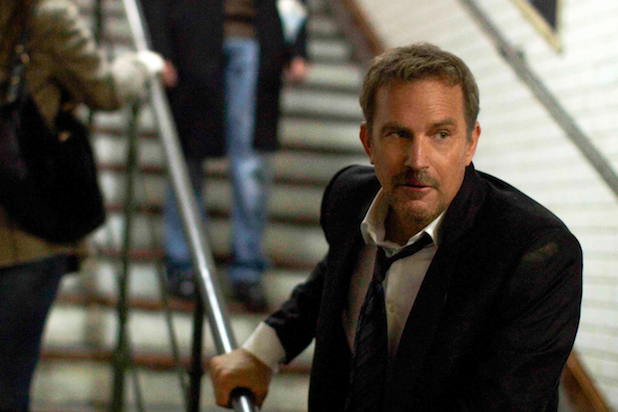 Relativity Media and EuropaCorp are partnering on a new U.S. distribution and marketing joint venture, the companies said Friday.

EuropaCorp will contribute $130 million to the partnership and the two companies will use the venture to roll out their theatrical film releases stateside. Relativity President Tucker Tooley and EuropaCorp CEO Christophe Lambert said the deal is a chance for both companies to deepen a relationship that has already seen them pair up on such films as “The Family”, “3 Days To Kill”, and the upcoming “Brick Mansions”.

“It’s an outgrowth of our previous partnership,” Tooley said. “It’s about how do we maximize our distribution platform.” Lambert added: “We have a lot of ideas and projects and scripts… this allows us to control our own destiny.”

EuropaCorp, the brainchild of “The Fifth Element” auteur Luc Besson, is one of the major feature film producers in France and Europe.

As part of the deal, both companies receive a 50 percent stake in the joint venture. EuropaCorp’s financial contribution will be paid out over a six-year period.  Each studio will handle the costs associated with their films and will receive any profits.

Under the new agreement, both companies also have the option of co-producing and co-financing each other’s films, something they seem eager to do.

“The world is changing and the business is becoming much more geared toward a worldwide audience,” Tooley said, mentioning that he only wished Relativity had a stake in previous EuropaCorp hits such as “Taken” and “The Transporter”. “Partnering with Europa opens the door to a lot more opportunities from a co-investment standpoint.”

Through its 2010 acquisition of Overture Films, Relativity established a distribution network and operations capable of handling more than the 8 to 13 movies a year it currently distributes, Tooley said. In addition, EuropaCorp has the capability of financing seven to eight movies annually.

Eventually, the companies could distribute as many as 20 films a year. By producing more films, Relativity will have more control over the number of screens theater owners provide them and the placement of their films. In turn, by being assured of a wide release in the United States, EuropaCorp will have an easier time securing debuts for its movies in foreign territories.

“There’s more leverage when you have more capacity,” Tooley said.