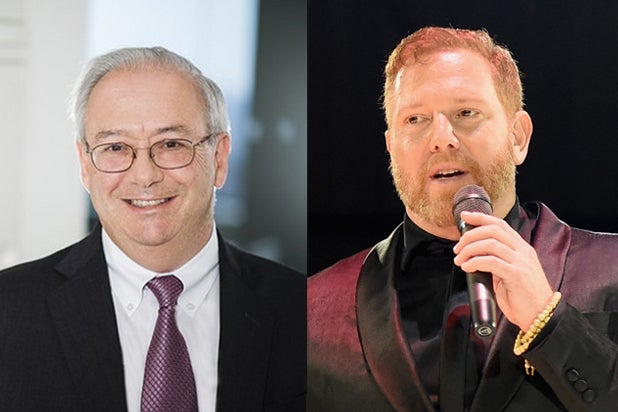 Relativity Media and its long parade of creditors head back to a New York courthouse on Friday where U.S. Bankruptcy Court Judge Michael Wiles will consider how to handle a proposed auction of the film, TV and fashion assets of Ryan Kavanaugh’s bankrupt studio.

The stakes are high for aggressive senior lenders, panicked unsecured creditors, vendors who are still doing business with the studio and Kavanaugh’s thinned ranks of employees. Each has conflicting ideas of how — and how quickly — to auction off the company’s diminished assets.

“There’s always this tension regarding the timing,” Robbin L. Itkin, business and entertainment restructuring partner at law firm Liner LLC, told TheWrap. “You want enough time to get people truly interested, time to do their due diligence, but you don’t want to lose the offer you have.”

The one offer currently on the table is a $250 million stalking-horse bid from a group of senior lenders — Anchorage Capital, Falcon Strategic Investments and Luxor Capital — that are owed roughly $361 million from the bankrupt studio.

If approved, the sale would close quickly and could leave less money for unsecured creditors and other interested parties to recoup their losses. The company’s total debt is at least $681 million.

Under U.S. bankruptcy law, Wiles has wide discretion to decide among the competing claims of Relativity’s stakeholders — many of whom have filed legal motions in the weeks since the company filed for Chapter 11 on July 30.

“It’s the judge’s call, and he has a lot to consider, especially because of the massive amount of objections filed,” Itkin said.

A total of 16 creditors and other interested parties — including Viacom, Macquarie Investments and Manchester Securities — have filed court papers challenging the speed and process of the proposed auction. The chief concern is that RM Bidder has a vested interest in a speedy sale and that competitors need more time to assess the value of the studio’s assets and make their own bids.

“If the court is concerned with all the objections and determines they are valid, and not just based on personal agendas,” Itkin said, “they’ll decide if stopping or slowing down this sale will accomplish anything.”

There are some signs that Wiles may be inclined to delay any auction of Relativity assets. In the first court hearing on July 31, the judge indicated that he did not want to be “handcuffed” to any expedited sale process.

Itkin noted that the company has ongoing contracts it needs to fulfill, particularly in its TV division with shows like the new CBS drama “Limitless.” “This isn’t food — it’s not a commodity that’s going to go stale — but there is a sense of timing to these projects,” she said.

But in any liquidation case, the bankruptcy judge must weigh how best to maximize the value to creditors. While RM Bidder has a clear motivation to rush the process and acquire the assets at a relatively cheap price, other parties could benefit from an extended sale period that could raise the final price.

“The objections are based on them wanting more time to allow bids that would exceed the stalking-horse bid,” Itkin explained. “That’s the motivation in getting the bid up, to pay off the secured debt, or find a negotiation. Sometimes its about slowing down the train.”

On top of the timing concerns at Friday’s court hearing, Relativity hopes that Wiles will allocate $10.5 million in additional debt-in-possession funding to continue day-to-day operations. The judge had granted the company a modest $9.5 million on July 31, out of a lender-provided pool of $45 million.

What’s complicating the Relativity bankruptcy, and what could lead to a protracted court hearing on Friday, are the sheer number of parties staking a claim to the studio’s depleted assets.

This week, the P&A lender RKA filed a bold motion seeking to seize four yet-to-be-released Relativity movies as collateral on the roughly $115 million in loans owed by the studio, and even requested rights to shop the films to other studios to recoup their loan.

Legal experts are skeptical that RKA could actually take possession of films like the Kristen Wiig comedy “Masterminds,” but another insider with knowledge of the bankruptcy process said that other ambitious creditors and lenders could attempt similar claims in an effort to cut in front of the repayment line.

“This is how they can get their money fastest, by trying stunts like asking for the four films and the right to shop them to new distributors,” the insider said. “RKA is a creditor proven to be very aggressive, who will take any measure to prevail.”