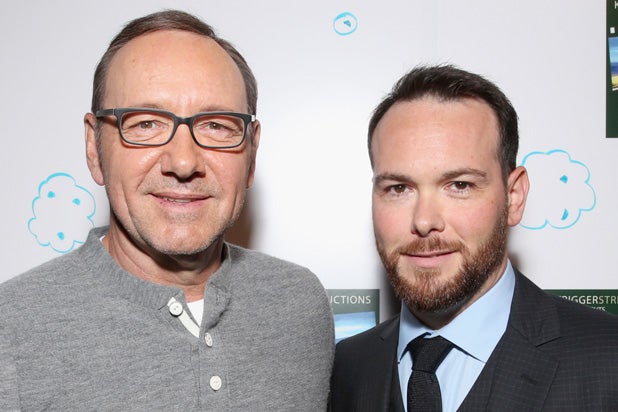 The surprise hire is a game changer for the bankrupt company, which filed for Chapter 11 last July and has been preparing to release several of its orphaned films in 2016. A completed financial reorganization plan goes before the U.S. Bankruptcy Court on Feb. 1.

“They thought we were crazy when we chose to do ‘House of Cards’ with an online streaming service; they thought I was crazy when I went to run The Old Vic Theatre when no one thought it could be saved; and this move with Relativity will be proof for some that we really are crazy,” Spacey said in a statement.

“This is an incredible opportunity to make great entertainment,” he added. “I’m thrilled at this next evolution in my career, having run an independent production company to now be able to run a studio is a great challenge, and I’ve learned that in the end it’s the risk takers that are rewarded.”

Brunetti said that as “a disruptor at heart, I look forward to the opportunities that being inside a studio system will present.”

Relativity CEO and Chairman Ryan Kavanaugh said Spacey’s “incredible creative success as a two-time Academy Award winner and star and producer of the critically acclaimed ‘House of Cards’ speaks for itself. Dana has remarkable instincts and an impressive track record … both men share my passion for film and Relativity’s unique 360 degree content engine.”

Spacey and Brunetti are the team behind Netflix’s flagship original series “House of Cards,” starring Spacey as a ruthless president and his equally treacherous First Lady in Robin Wright. Trigger Street’s production credits include Tom Hanks‘ “Captain Phillips,” “The Social Network” and “21.”