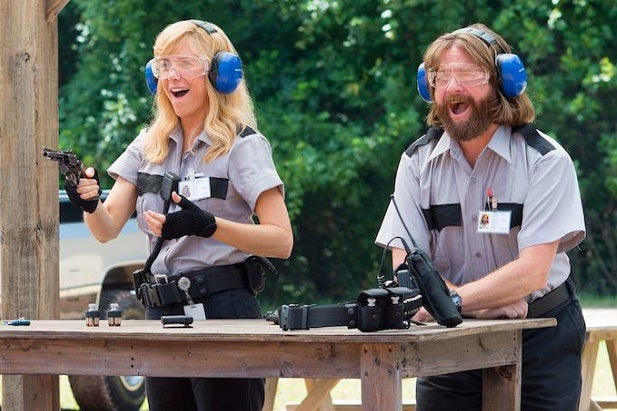 Relativity Media has unveiled its upcoming release dates for films like “Before I Wake” and “Masterminds.”

“Masterminds” starring Zach Galifianakis, Kristen Wiig, Owen Wilson and Jason Sudeikis, will be released on Sept. 30. It is directed by Jared Hess.

That means that “Masterminds” will be released 13 months after it was intended to, thanks to the studio’s long and public bankruptcy saga. The entire slate was repeatedly shuffled, with many unreleased Relativity films spinning back to their production sources or absorbed by different parties.

Before that, Kate Bosworth‘s “Before I Wake,” costarring Jacob Tremblay, Thomas Jane and Annabeth Gish and directed by Mike Flanagan, will open on Sept. 9.

“The Disappointments Room” starring Kate Beckinsale, Lucas Till and Michaela Conlin, will be released on Nov. 18, while “Kidnap,” starring Halle Berry, will debut on Dec. 2.

Relativity formally emerged from the Chapter 11 process in mid-March. Having managed to resolve hundreds of millions of dollars in debt with creditors, the studios has emerged with an impressive $400 million in new equity financing for from Los Angeles-based Maple Leaf Films.