John Hughes, the 59-year-old writer-director behind a string of Brat Pack movies like ‘Sixteen Candles’ and  ‘The Breakfast Club,’ died Thursday of a heart attack after a morning walk. He was in Manhattan visiting family, according to spokeswoman Michelle Bega.

He also directed "Weird Science," "Ferris Bueller’s Day Off," "Uncle Buck," "Curly Sue" and "Planes, Trains and Automobiles" and wrote "Home Alone," "Pretty in Pink" and "Some Kind of Wonderful." 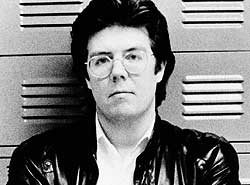 He was known for a certain type of movie — the teen angst comedy — which cast high school archetypes like the jock, the scary loner and the dork in unusual situations. There was a collection of actors he usually worked with, as well, including Molly Ringwald, Anthony Michael Hall, John Candy and Macaulay Culkin.

"I was a fan of both his work and a fan of him as a person," Culkin said in a statement issued to TheWrap. "The world has lost not only a quintessential filmmaker whose influence will be felt for generations, but a great and decent man."

Matthew Broderick, who starred in "Ferris Bueller’s Day Off," in particular saw his career flourish after starring in the comedy about a high school student who ditches school to embark upon an adventure with his girlfriend and best friend.

"I am truly shocked and saddened by the news about my old friend John Hughes," Broderick said in a statement given to TheWrap. "He was a wonderful, very talented guy and my heart goes out to his family."

Jon Cryer, who played Duckie in "Pretty in Pink," said in a statement: "He was an amazing man to work for and with. He respected young actors in a way that made you realize you had to step up your game because you were playing in the big leagues now. That’s why he got such great performances out of his actors."

But in 1991, Hughes had stopped directing movies and was instead focused on his farm in northern Illinois after he moved back to the state in 1995. But after his success in Hollywood, he became somewhat of a hermit. He didn’t have an agent and didn’t give interviews, and sometimes wrote under the pseudonym of Edmond Dantes, a character in the Alexandre Dumas novel "The Count of Monte Cristo."

In recent years, he wrote the five "Beethoven" movies about a boisterous dog, "Maid in Manhattan" and came up with the plot for "Drillbit Taylor," a comedy loathed by critics and produced by Judd Apatow.

"John Hughes wrote some of the great outsider characters of all time," Apatow told the Los Angeles Times last year. "It’s pretty ridiculous to hear people talk about the movies we’ve been doing, with outrageous humor and sweetness all combined, as if they were an original idea. I mean, it was all there first in John Hughes’ films. Whether it’s ‘Freaks and Geeks’ or ‘Superbad,’ the whole idea of having outsiders as the lead characters, that all started with Hughes."

Directors like Apatow often used the same style of shooting comedy that Hughes originated, letting the camera roll through a number of takes before the right dynamic emerged.

Born John Wilden Hughes Jr. on Feb. 18, 1950, in Michigan, his first job was as an advertising copywriter in Chicago. He later embarked on a comedy writing career, and gained attention for his screenplay for "National Lampoon’s Vacation," which went on to become a popular series of films. His directorial debut was "Sixteen Candles," and he often used his town of Northbrook and the nearby North Shore as shooting areas for his films.

He is survived by his wife of 39 years, Nancy, two sons, John and James, and four grandchildren.