A man was stabbed and an NPR reporter was attacked on Saturday at an anti-vax protest at Los Angeles City Hall. The injuries came after a clash between protestors and counter-protestors early in the afternoon.

According to the Los Angeles Times, a fight broke out between the protesters and counter-protesters, shortly after 2 p.m. The protestors were made up of several hundred people carrying American flags, Trump merch and signs calling for “medical freedom.”

The LAPD said on its Twitter account that it was called to the scene to “maintain order” after the fight. “We are aware of 1 male that was stabbed & is being treated by LAFD” the post added. The department noted that no arrests had been made and that the investigation was still ongoing. 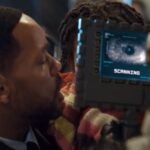 Also Read:
‘I Am Legend’ Writer Responds to Anti-Vaxxers Worried About a Zombie Outbreak

Frank Stolze, a reporter for NPR station KPCC, was in attendance, and posted his experience to his own Twitter account, revealing he’d been attacked.

“Something happened to me today that’s never happened in 30 yrs of reporting. In LA,” Stoltze tweeted. “⁦@LAist. I was shoved, kicked and my eyeglasses were ripped off of my face by a group of guys at a protest – outside City Hall during an anti-vax Recall ⁦@GavinNewsom Pro Trump rally.”

Stolze followed up his tweet with another noting that he was “mad but fine.” LA City Council President Nury Martinez later condemned the protestors, calling their actions stupid.

“These aren’t patriots. Not wearing a mask and being anti-vax isn’t patriotism – it’s stupidity,” she said. We have to be able to have differences of opinions without resorting to violence.”