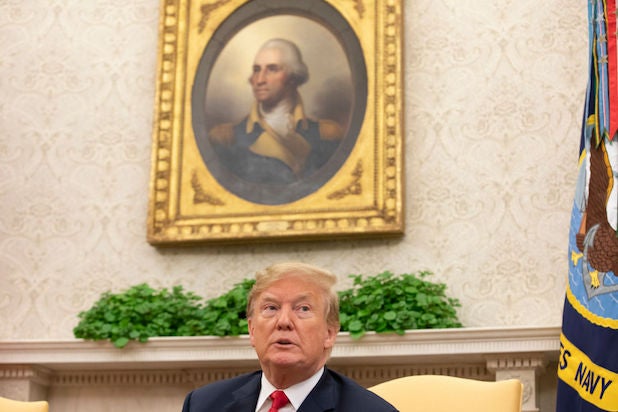 Emily Singer, a reporter for Mic.com, apologized on Tuesday for what she called a “serious error” in falsely tweeting that Maria Butina, a woman charged on Monday with spying on behalf of Russia in the United States, had been present with Donald Trump in the Oval Office.

“I thought this was a photoshop, but it’s not. This is Maria Butina — arrested for being a Russian spy — in the Oval Office with Trump,” Singer said in a tweet that she quickly deleted that featured a 2017 photo of Trump meeting with Russia’s then-ambassador to the United States Sergey Kislyak and Russia’s foreign minister Sergey Lavrov.

But what would have been a bombshell revelation turned out not to be. The women Singer had in mind wasn’t Butina, but instead a National Safety Council staffer, most likely Cari Lutkins.

After The Daily Beast’s Lachlan Markey and BuzzFeed’s Tom Namako weighed in that it definitely wasn’t Butina, Singer then cast doubt on her prior tweet before deleting it — and issuing a public mea culpa. Mic declined to comment.

This morning I made a serious error in tweeting about a meeting in the Oval Office in 2017. The information was incorrect, and I deleted the tweet within an hour, as soon as I realized the mistake. I apologize for any confusion.

I've deleted the tweet. I cannot confirm that it is Butina and may be an NSC staffer. https://t.co/DIm1grRI9w

Even though Singer deleted the tweet, the (incorrect) news was being picked up by other outlets. Left-leaning blog DailyKos jumped all over it, reporting that not only was Butina there but that she was with her handler Alexander Torshin.

This photo is going around: That is not alleged Russian spy Maria Butina in the Oval Office With Trump. It’s an NSC staffer, a NSC source tells BuzzFeed News. pic.twitter.com/k1pDeIBZiK

A fmr WH official tells me he thinks the person in this NYT photo is Cari Lutkins, the WH's deputy director of events, who plans logistics for events like these pic.twitter.com/NZJ0z7IUqt