As Melania Trump took a beating on social media on Tuesday, Republican delegates in Cleveland defended her speech at the convention, saying she hadn’t intentionally plagiarized Michelle Obama but that clearly “somebody goofed.”

“She did a beautiful job,” said Linda Stall, wife of Texas delegate David Stall. “A lot of that stuff that was in Michelle Obama’s speech, talking about family, pride in her husband…. We would all use those words.”

And yet, she admitted, “Somebody goofed. That’s a shortcoming, that’s a given, in the organization. But I think it’s horribly cruel and unfair to latch onto that one thing.” 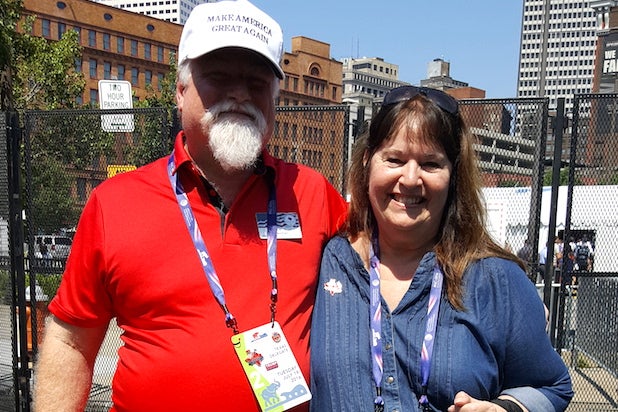 Other delegates were quick to leap to Melania Trump’s defense and blame the whole thing on the media or the Democratic opposition.

“I don’t believe she plagiarized,” said Lynne Disanto, a delegate from South Dakota. “I just think that the media’s having a difficult time with Melania. She’s a very classy, sophisticated woman, she has an amazing story. I just believe the media tries to discredit her and make her look bad.”

“She used words and terms we use all the time” said Robin Lundstrom, a delegate from Arkansas. “‘My word is my bond?’ I use all that all the time. Does that mean I’ve taken it from somebody else? Probably.” 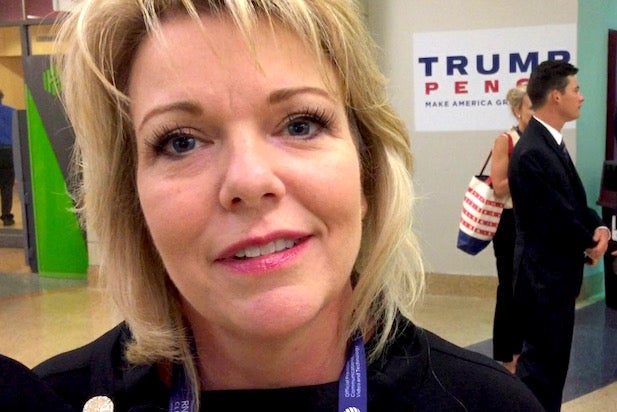 Susan Gessler, a delegate  from Fayetteville Arkansas, and former social graces and manners teacher observed: “I don’t know who copyrighted the word ‘bond.’ I use the word bond all the time because I’m a Bond Girl.”

In the baking heat of Cleveland in July, Republican delegates were all aware of the controversy that had flared over Melania’s speech on Monday night, and spawned a viral Internet meme, #FamousMelianaTrumpQuotes, among other mocking reactions.

“We watched a side by side comparison, obviously there is great similarity,” said David Stall, the Texas delegate. “There are key words in almost every sentence that are different. I don’t know how that happened. I don’t know if it’s coincidence. It could be that she or speechwriter listened to the last 2, 3, 4 first ladies speeches at conventions and even subconsciously pulled out those words.”

He continued: “This is a pattern we’ve seen in the Trump campaign and it’s a product of being a citizen candidate, and not having the political machine that does all those things. There have been a number of missteps.

“But it wasn’t intentional. If you were going to lift a speech if it was Margaret Thatcher I’d be a little more suspect. But if you’re going to lift from somebody it would not be Michelle Obama.”

Others didn’t think that deeply about it. 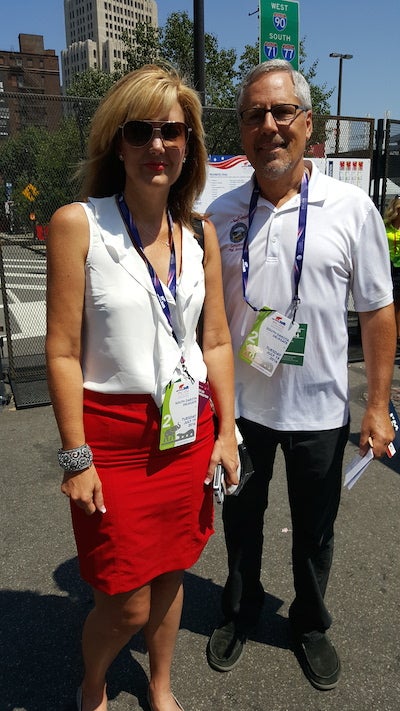 “Plagiarism, as far as I’m concerned, requires intent,” said Derek Phelps, a delegate from Connecticut. “I don’t accept that anybody consciously looked at this other speech by Michelle Obama and decided that it was a good idea to type that up and load it into the teleprompter.”

Stall said it had no effect on how Trump might govern, and in fact, ” it’s refreshing [to have] someone not so controlled. It does lead to some mistakes like this, this wasn’t checked against other speeches, but it doesn’t have a big impact to me.”

Said his wife Linda: “To imply that there is a speech that went out that should have been double checked…  I’m not worried that a little bit of lack of organization is going to create a precedent.”

Here’s the video, you can decide for yourself: