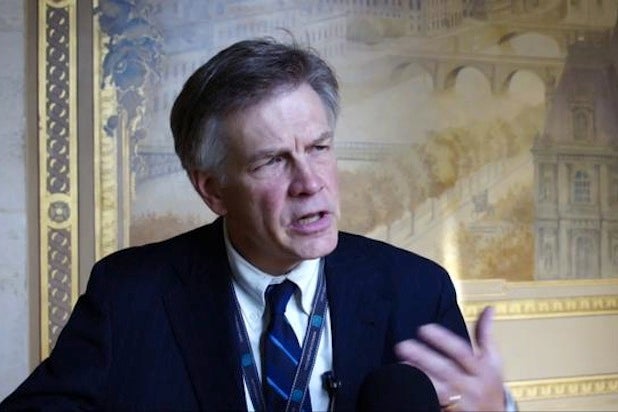 “To some it might seem a bit of a departure. You might imagine a headline like: ‘Longtime New York Times and Reuters veteran forsakes legacy media for digital upstart,'” Roberts wrote in an announcement on Mashable.

“Although this is the beginning of a new journey, it also feels like the natural progression for an editor who loves the news and loves even more the opportunity to experiment with new and innovative ways of spreading it to an audience — and growing that audience in the process.

Roberts decided to leave Reuters after it scrapped plans for its “Next” project, which would have made Reuters a consumer-facing news source in addition to its wire service. He’d been in the role just seven months after leaving his longtime New York Times home in January.

“When the decision was made to change course and not continue work on the platforms, then that wasn’t the mission I was hired to do,” Roberts told TheWrap in September when it was announced that Dan Colarusso would replace him.

Roberts noted he was “an insistent, and occasionally nagging, advocate” for regularly incorporating social media and other interactive tools into journalism while at the Times and Reuters, which is a practice that attracted him to the site Pete Cashmore founded in 2005.

“For eight years, Pete Cashmore and his teammates have built a successful and growing journalistic business that sits at the busy intersection of technology, social media, entertainment, lifestyle, business, innovation and culture,” Roberts wrote. “They understand the subjects not only as a matter of journalism, but also how they resonate with the audience, a global audience. And they know to present it with style, excitement and fun.”