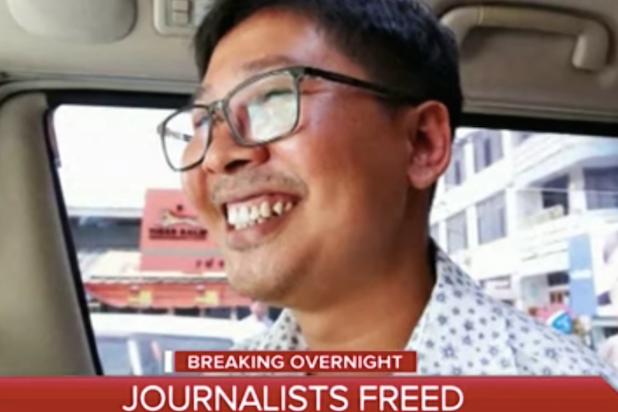 Myanmar has released two Reuters journalists after they spent more than 500 days in prison as a result of their reporting on the ongoing persecution of the country’s Muslim Rohingya minority.

The news was revealed and celebrated by Reuters late Monday evening.

“We are enormously pleased that Myanmar has released our courageous reporters,” said Reuters Editor-in-Chief Stephen J. Adler. “They have become symbols of the importance of press freedom around the world. We welcome their return.”

As he was leaving prison Monday, Wa Lone told reporters that he was looking forward to getting back to work. “I can’t wait to go to my newsroom,” he said.

The pair were first incarcerated in August 2017 for their reporting on a massacre of 10 Rohingya men in the village of Dinn. During their time in prison, their story became an international issue, particular among Western journalists who regularly agitated for their release.

Last month, both Wa and Kyaw won the Pulitzer Prize for international reporting, with the Pulitzer Committee citing both journalists “for expertly exposing the military units and Buddhist villagers responsible for the systematic expulsion and murder of Rohingya Muslims from Myanmar, courageous coverage that landed its reporters in prison.”