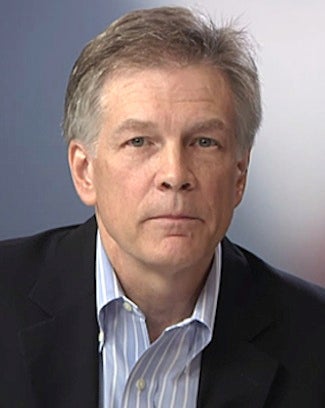 It was a morning of shakeups at Reuters.

The wire service on Wednesday said it was losing new Reuters Digital Executive Editor Jim Roberts and Design Director Daniele Code, promoting Bill Riordan to publisher of Reuters.com and canceling its “Next” project after it failed to meet deadlines or stay within its budget.

Roberts’ departure after just seven months is especially surprising — he left the New York Times after 26 years with the paper in January, taking a voluntary buyout. Shortly afterwards, he landed at Reuters as its site’s executive editor. According to an internal email, he chose to leave the company.

“Yes, I’ll be leaving @Reuters, though not right away. & I’m not leaving news. Stay tuned,” Roberts tweeted on Wednesday.

A spokesperson for Reuters told TheWrap that both Codega and Roberts will stay at the company for an unspecified length of time as a transition period.

Reuters Next would have been a revamp of the Reuters site. A link to a “sneak peek” of the now-canceled project was posted on Reuters’ Tumblr in May.

CEO Andrew Rashbass wrote in the email that Next “is a long way from achieving either commercial viability or strategic success. In fact, I believe the existing suite of Reuters.com sites is a better starting point for where we need to go.”

Those sites will now need a new executive editor to lead them.

New York Observer was the first to report the news.