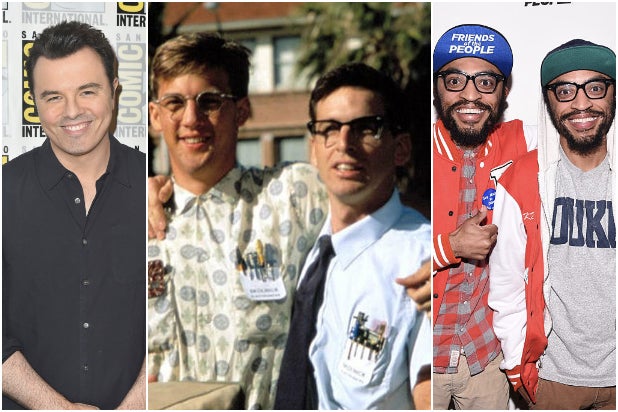 Seth MacFarlane will produce a reboot of the 1984 nerds vs. jocks comedy “Revenge of the Nerds” that will star and be written by comedians Kenny and Keith Lucas aka The Lucas Brothers, an individual with knowledge of the project told TheWrap.

The project is currently in development at 20th Century Studios, with MacFarlane producing with Erica Huggins for his company Fuzzy Door Productions. The Lucas Brothers will co-write the script with Alex Reubens, who has written for both “Key & Peele” and “Rick & Morty.”

The new “Revenge of the Nerds” will be a reboot rather than a direct remake of the original, which has not aged well due to its depictions of rape that have been criticized in recent years. The new film will be set in the present-day and will re-imagine what we consider nerdy in 2020.

Also Read: Ryan Reynolds' 'Free Guy' and 'Death on the Nile' to Hit Theaters in Summer and Fall 2021

The original film from 1984 and directed by Jeff Kanew only grossed $40.8 million worldwide, but the film spawned a sequel, “Revenge of the Nerds II: Nerds in Paradise” from 1987, and two TV movies in the ’90s. The film follows in the snobs vs. slobs tradition set by “Animal House” and other raunchy ’80s comedy hits like “Porky’s” and is the story of a group of freshman nerds at a college who are subject to constant bullying by a fraternity of jocks and form their own frat in self-defense.

20th Century previously tried to remake “Revenge of the Nerds” in 2006 starring Adam Brody, but the project was called off after two weeks of production.

The Lucas Brothers are known as the twins from “22 Jump Street,” and they’re at work on a film at Universal along with the directors of that film Phil Lord and Christopher Miller. They’re also co-producers on the WB film “Judas and the Black Messiah” which is due out early next year.