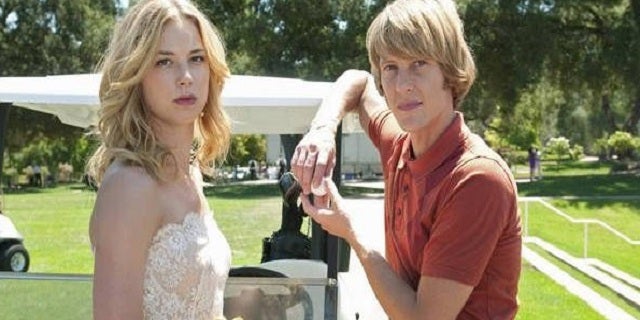 "Revenge" is no longer sweet for Mike Kelley.

Kelley has stepped down as showrunner for the ABC drama, which he created.

The series, which wraps its second season May 12, has not yet been renewed for a third season, but has performed well in the ratings.

Kelley called his departure a "difficult mutual decision" in a statement Monday.

“In a difficult mutual decision between myself and ABC Studios, the end of my current contract will mark my final season as showrunner for 'Revenge,'" Kelley said. "Helming this series has been the ride of a lifetime, and my producing partner, Melissa Loy, and I will look back on our 'Revenge' time with deep gratitude and respect for Emily and Madeleine and the rest of the incredible cast, our heroic crew, the dedicated and imaginative producing and writing team, and the tireless post production department."

Kelley went on to thank ABC entertainment group president Paul Lee and the creative executives at ABC and ABC Studios for their "profound support throughout this journey," and said that he hopes the season two finale "will stand among the best episodes of the series thus far."

"Continued success to all," Kelley concluded.

“Mike Kelley created a distinctive series for our studio and network with tremendous passion and dedication," ABC Studios executive vice president, creative and production, said. "We wish him all the best as he moves on to his next television achievement.”