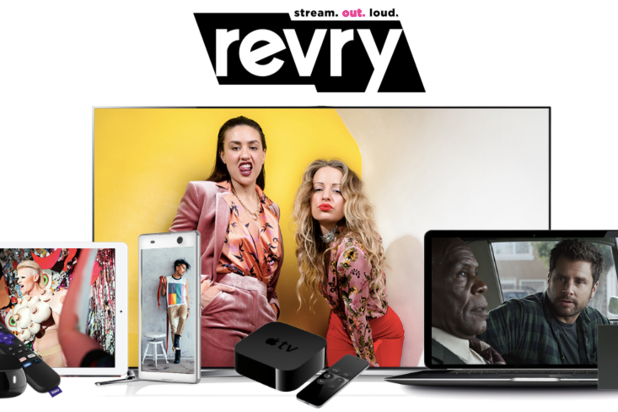 Revry, the subscription-based streaming service with a focus on the LGBTQ community, is now offering its subscribers a more affordable way to watch via an ad-supported viewing option.

Through a partnership with video distribution and monetization platform dotstudioPRO, the streamer has relaunched its over-the-top (OTT) video service with an ad-supported-video on-demand (AVOD) option in addition to its subscription service. Instead of paying $4.99 per month, viewers can watch the content for free — as long as they’re willing to endure a block of commercials every 30-45 minutes.

“Revry’s partnership with dotstudioPRO has been a match made in heaven,” says Damian Pelliccione, Revry’s CEO and co-founder. “As a startup on the forefront of the digital distribution revolution, we needed a technology partner that could think ahead of the curve and roll with the changing trends in the technology and the market. DSP’s resilience, quick thinking, fast turnaround, and innovative approach to business and tech problem-solving has been outstanding and we look forward to a long partnership with the company.”

For a limited time, Revry‘s entire library of films, music, series, and podcasts will be available for free on its new ad-supported offering. However, before the end of the year, everything will go back behind its paywall, with a limited amount of programming being available through its AVOD service.

Under its partnership with dotstudioPRO, Revry will also now offer enhanced features for its subscribed members, including early new releases of originals and licensed works, a recommendation playlist, a “watch later” list, and continue watching options. The dotstudioPRO technology also allows Revry to provide its members with a transition from engaging content to targeted ads from the company’s inventory of LGBTQ+-friendly advertisers like Lexus and Dollar Shave Club.

“Our mission at dotstudioPRO has always been to be a true technology partner,” says Joe Pascual, dotstudioPRO CEO/CTO. “Amidst all the noise in the space, we hope to bring real skin in the game placing focus on the monetization of our clients content libraries post-launch. Because our founders come from Entertainment Media, we view ourselves as not just a pick and shovels company but the partner who truly has Revry’s success in mind.”

Revry’s decision to launch an AVOD service comes at a time of increased competition in the subscription-based OTT video market. In addition to the 200+ services already on the market, Walmart, Apple, and Disney are expected to launch streaming services of their own in the next year. And with the average US consumer only paying for three SVOD services  — and with 91 percent of them choosing either Netflix, Hulu, or Amazon as one of those three — smaller services have a tougher time fighting for consumer wallet share, especially without demonstrating their value. By offering consumers a free, watered-down version of its service, Revry is offering potential subscribers a preview of the service without having to dish out any cash.

Revry isn’t the only one experimenting with a hybrid pricing model. Even larger companies are exploring the strategy. Amazon, for example, is expected to launch an ad-supported streaming service sometime this year.