Ricarlo Flanagan, a former actor on Showtime’s “Shameless” and contestant on NBC’s “Last Comic Standing,” has died at 41 of what his agent said appears to be COVID-19.

Flanagan, who was also an experienced rapper, referenced COVID in a tweet earlier this month.

“This covid is no joke,” Flanagan tweeted. “I don’t wish this on anybody.” 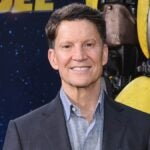 “Ricarlo was a much-loved member of the comedy community in L.A. and Detroit, and we are heartbroken at the news of his passing,” Flanagan’s agent, Stu Golfman of KMR Talent, said in a statement. “He was one of the nicest people I have ever met and it was a pleasure to work with him.”

Flanagan’s most recent credits include an episode of the NBC comedy “Bust Down” and the new Aubrey Plaza movie “Emily the Criminal,” which was his first film credit.

Flanagan, who released his debut comedy album, “Man Law,” in 2013, also had a recurring role in “Shameless” in 2017 and in 2015 advanced to the semifinals of “Last Comic Standing.” 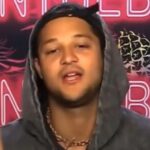 Also Read:
Chris Pearson, Former Contestant on ‘Ex on the Beach,’ Dies at 25

Flanagan has also released several rap albums under the pseudonym “Father Flanagn,” including a fourth that was set for release this week.

His friends have set up a GoFundMe page to help his family with expenses.

Watch part of a hilarious set of Flanagan’s at the “Laugh Factory” in Los Angeles below.