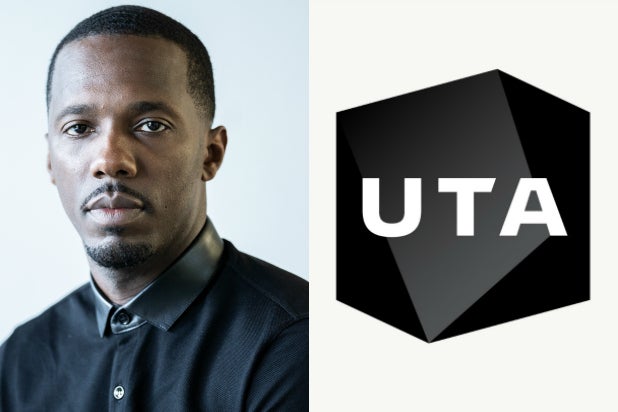 Rich Paul has been tapped to serve on the board of directors for United Talent Agency a little more than a year after the company bought a stake in Paul’s Klutch Sports agency.

Paul’s appointment comes as the NBA, where Klutch Sports represents stars like LeBron James and Anthony Davis, resumes its season, and makes Paul the lone person of color on the UTA board.

“It’s an honor to join the Board of Directors of a prestigious and successful company like UTA and one so committed to its culture,” Paul said in a statement. “These are opportunities not often presented to Black men and women, so it comes with added responsibility to use my position not just to help drive a global business forward but to create more chances for people who look like me and face the same challenges I did.

“My motivation is to help ensure all young people of color live up to their potential and succeed in the face of the systemic inequality that remains as real today as ever. I look forward to working with my UTA colleagues at all levels as a board member.”

Paul’s appointment comes at a time when Hollywood companies and many across the country are attempting to take strides to address issues of diversity, equity and inclusion. On June 26, UTA said it would, among other steps to improve its own internal makeup, commit $1 million to social justice causes over a four-year period.

The agency also said it would increase representation of people of color throughout UTA, including senior-level positions, institute unconscious bias training for all UTA employees, commit to increasing wages for assistants and other entry-level colleagues, and ensure that candidates of color are actively pursued and considered for every available position at the company.

“It’s our responsibility to move forward with immediacy to ensure change happens, as a company and as individuals,” Zimmer said in a statement at the time. “I am incredibly grateful to my colleagues who stepped up and spoke truth to power. They are making UTA an even better place to work and helping drive true and meaningful progress well beyond our four walls.”

Last year, UTA took a significant stake in Klutch Sports Group, making Paul a partner in the agency and head of UTA Sports.

Paul has been a prominent figure in sports since founding Klutch in 2012 and building it into a sports representation powerhouse with NBA clients Draymond Green, Ben Simmons and John Wall, in addition to the sport’s most dominant player in James. In January, Klutch expanded into NFL representation after acquiring Revolution Sports Agency and gaining clients such as Jarvis Landry, Melvin Gordon and Alvin Kamara. The agency also added MLB clients with acquisition of Tidal Sports Group.

Paul has also sought to champion opportunities for underprivileged communities, launching Klutch Conversations in partnership with Chance the Rapper’s charity, SocialWorks, and General Mills to focus on youth empowerment through arts, education, sports and civic engagement. Paul is credited with driving the reversal of the so-called “Rich Paul Rule,” which would have banned agents without a college degree from representing NCAA student-athletes.

“Our association with Rich Paul has been a true bright spot since he partnered with us a year ago,” Zimmer said in a statement. “We were determined to come together and build a cutting edge, full-service representation arm for athletes, and are well on our way. Adding Rich to the board gives us additional perspective and support as we strive to be the best company for all our colleagues and clients. Rich has a keen and unblinking eye for the truth of how we all win together.”