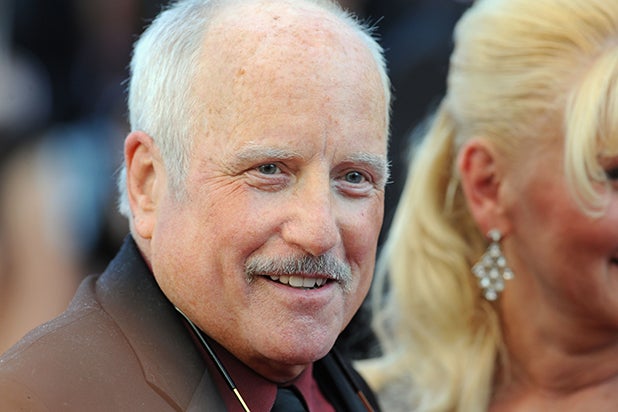 The “Jaws” actor is set to star on “Madoff,” a multi-episode ABC drama centered around the rise and fall of the now-jailed financier Bernie Madoff, a spokesperson for the network told TheWrap.

See Photos: 18 Real-Life Scandals That TV Ripped From the Headlines

The actor will portray the infamous former stockbroker, who was convicted of fraud for his part in what became one of the biggest Ponzi schemes in U.S. history and sentenced to 150 years in prison in 2009. Lincoln Square Productions has teamed with ABC on the drama, which doesn’t yet have a premiere date, firm episode count, or an actress cast to play Madoff’s wife, Ruth.

Dreyfuss won an Oscar for “The Goodbye Girl” in 1977  and was nominated again, nearly two decades later, for “Mr. Holland’s Opus.” However, he’s best known for his big screen action roles, including starring in back-to-back Steven Spielberg blockbusters “Jaws” and “Close Encounters of the Third Kind.”

He has also starred on CBS’s short-lived 2001 teacher drama “The Education of Max Bickford” and had a four-episode run as Warren Schiff on Showtime’s “Weeds.” More recently, Dreyfuss starred alongside Danny Masterson and Danny Glover in the comedy “Killing Winston Jones,” slated to hit theaters in June.