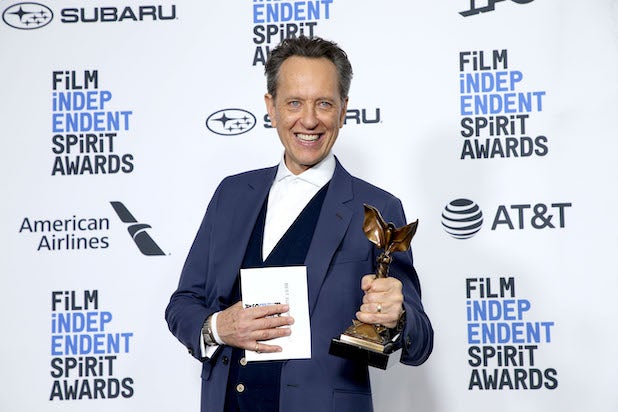 Fresh off his Oscar nomination for his work in “Can You Ever Forgive Me,” Richard E. Grant is set to star as a legendary drag queen in the film adaptation of the popular British stage musical “Everybody’s Talking About Jamie.”

“Everybody’s Talking About Jamie” is based on the stage production inspired by the true story of Jamie Campbell, a 16-year-old boy who became a drag queen. The musical is originally inspired by a BBC documentary, “Jamie: Drag Queen at 16,” and it explores how Jamie overcomes prejudice and the bullies at his school to become a drag sensation.

The film is produced by Mark Herbert and Peter Carlton for Warp Films, and New Regency’s Arnon Milchan. Executive producers are Yariv Milchan and Michael Schaefer for New Regency and Daniel Battsek and Ollie Madden for Film4, who developed the project alongside Warp Films. The film will be released worldwide via 20th Century Fox.

The stage production originated at the Crucible Theatre in Sheffield before it was picked up by Nimax Theatres and transferred to London’s West End, where it continues its run.

“Who would have thought when Jamie Campbell first put on his prom dress, that eight years later we would have brought together the best of British and Irish acting talent to tell his story. As well as launching a brand new star in Max Harwood to play Jamie himself, we’re so thrilled to welcome Sarah, Richard and Sharon to the Jamie family. Now the party’s really getting started,” Butterell, MacRae and Gillespie Sells said in a joint statement.

Grant will next be seen in “Star Wars: The Rise of Skywalker.”