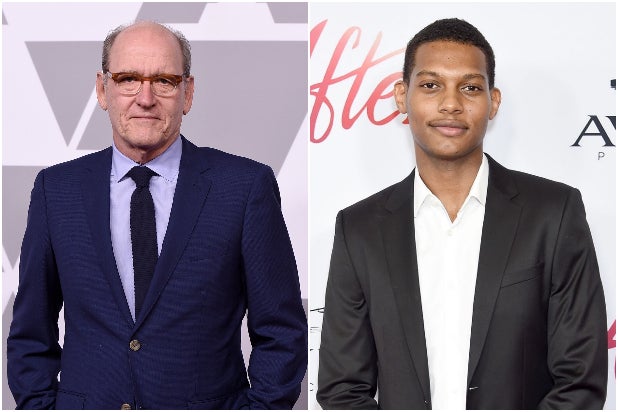 “The Shape of Water” star Richard Jenkins and “What Men Want” actor Shane Paul McGhie are set to star in a comedy about working the graveyard shift at a fast food restaurant called “The Last Shift,” the producers announced Thursday.

Jenkins and McGhie will star alongside Ed O’Neill, Da’Vine Joy Randolph, Birgundi Baker and Allison Tolman all joining the cast of the film written and directed by Andrew Cohn.

The film will soon be wrapping production in Chicago.

“In writing ‘The Last Shift,’ I wanted to update an old and familiar genre in a fresh and surprising way. I’m grateful that Park Pictures and Bona Fide saw the same opportunity to explore these complex issues of race, class and authority in an honest and authentic manner,” Cohn said in a statement.

Also Read: Amy Schumer to Star in Film Version of Tony-Winning Play 'The Humans' for A24

“We were enthralled by Andrew’s very funny and ultimately haunting screenplay and most enthusiastically joined forces with Park Pictures, our fellow producers and the esteemed actor Richard Jenkins to collaborate on a story that rips open the underbelly of America,” producers Berger and Yerxa said.