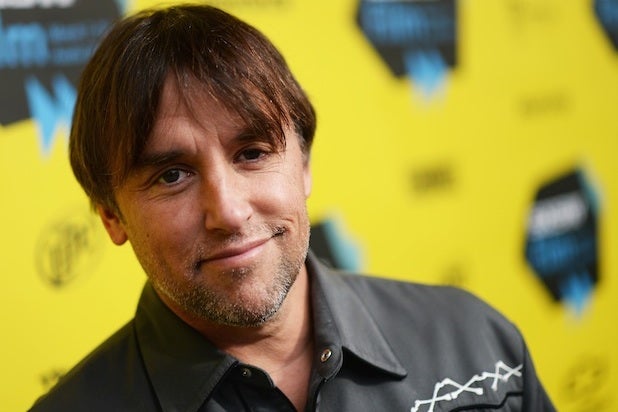 Richard Linklater, who is already riding a wave of awards recognition for his film “Boyhood,” has been named the 2015 recipient of the Sony Bono Visionary Award from the Palm Springs International Film Festival, PSIFF organizers announced on Wednesday.

Linklater will receive his award at the festival’s annual Awards Gala, which will take place on Saturday, Jan. 3 in the Palm Springs Convention Center.

“Boyhood” led all films in nominations for the Gotham Independent Film Awards, and was second only to “Birdman” in Tuesday’s Film Independent Spirit Award nominations. Filmed over a period of 12 years as young actors Ellar Coltrane and Lorelei Linkater (the director’s daughter) grew from childhood to adulthood, the landmark film is considered one of the year’s strongest Oscar contenders.

A two-time Oscar nominee for screenwriting, Linklater has also directed “Slacker,” “Dazed and Confused,” “School of Rock,” “Bernie” and the trilogy of “Before Sunset,” “Before Sunrise” and “Before Midnight.”

PSIFF, which draws more than 100,000 attendees to an event set in a desert resort town with a strong connection to Hollywood, uses its annual Awards Gala as a fundraiser. It negotiates with studios to land honorees likely to do well with Oscar voters, whose ballots are due within days of the gala.

Linklater’s award was named for the late musician, songwriter and producer Sonny Bono, who founded the festival during his tenure as Palm Springs mayor in the 1980s.

Julianne Moore, Rosamund Pike, Eddie Redmayne and J.K. Simmons have already been announced as recipients of PSIFF awards. Additional honorees will be announced in the coming weeks.

The festival will run from Jan. 2 through Jan. 12.