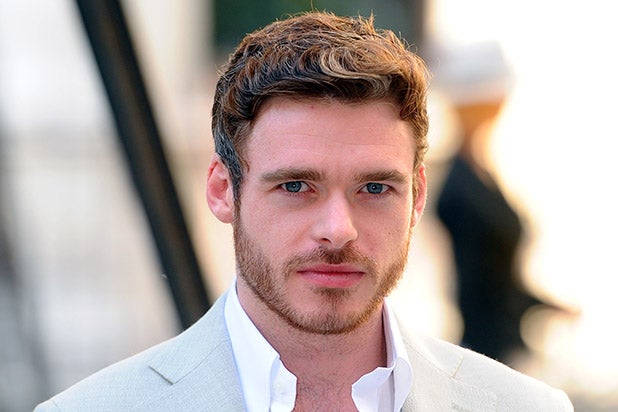 “Game of Thrones” and “Bodyguard” star Richard Madden is in talks to star opposite Angelina Jolie and Kumail Nanjiani in Marvel’s “The Eternals,” which focuses on a group of ancient human beings, an individual with knowledge of the project exclusively told TheWrap. Details about Madden’s character are being kept under wraps.

Created by comic legend Jack Kirby in 1976, the Eternals are a race of ancient human beings created a million years ago by the cosmic entities known as the Celestials.

According to ComicVine, the Celestials accelerated the evolution of a handful of subjects and gave them the genetic potential to mentally manipulate limited quantities of cosmic energy, as well as other superhuman traits.

The story will focus on the female Eternal known as Sersi, (no, not the character on “Game of Thrones”), several insiders have told TheWrap. Angelina Jolie is currently in talks for the role.

“We have started working on what are the films post-phase 3,” Feige previously told TheWrap, referencing the forthcoming fourth part of the Marvel Cinematic Universe’s slate of movies after the wind-down of franchises based on the original Avengers.

Best known for playing Robb Stark on “Game of Thrones,” and following that up with BBC thriller “Bodyguard,” Madden will next be seen in Paramount’s Elton John biopic “Rocketman,” playing John’s longtime manager, John Reid.

Madden is repped by WME and Troika.