Richard Trumka, the longtime president of the AFL-CIO, died on Thursday at the age of 72, the labor organization announced. The cause of death was not immediately disclosed.

“Rich Trumka devoted his life to working people, from his early days as president of the United Mine Workers of America to his unparalleled leadership as the voice of America’s labor movement,” AFL-CIO Communications Director Tim Schlittner said in a statement. “He was a relentless champion of workers’ rights, workplace safety, worker-centered trade, democracy and so much more. He was also a devoted father, grandfather, husband, brother, coach, colleague and friend.” 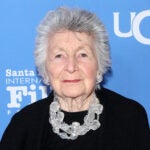 Trumka served as the president of AFL-CIO, which represents more than 12.5 million workers, since 2009. Previously, the Pennsylvania coal miner served on the AFL-CIO executive council and as president of the United Mine Workers of America. It was unclear at the time of his death whether Trumka had intended to run for another term at the organization’s upcoming convention, which was postponed from fall 2021 to summer 2022 over COVID-19 concerns.

Most of Hollywood’s labor guilds are affiliated with the AFL-CIO through the Department of Professional Employees, which includes SAG-AFTRA, IATSE, the Directors Guild of America, WGA East, the Actors Equity Association, and the American Federation of Musicians. SAG-AFTRA President Gabrielle Carteris called Trumka an “influential and inspirational leader” in a statement sent by the guild. 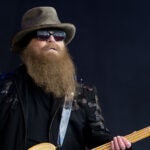 “I am devastated to learn of Rich’s passing today,” Carteris said. “SAG-AFTRA members and all workers have lost a true champion and ally. First and always, a working man, Rich was also an incredible labor leader and a deeply admired voice for the voiceless. He was more than a fellow labor advocate, activist and warrior for the working class; he was my friend and partner.”

“He gave his all for the betterment of workers and improved countless lives yet remained at heart, the coal miner from Nemacolin. He was a man of the people. This is not only a huge loss for union members, but for all workers,” Carteris added. “We send our deepest condolences to his family, friends and all our brothers and sisters in the global fight for workers.”

“I had the pleasure and privilege of working with brother Richard Trumka on many projects over the years, fighting for justice for working people no matter the odds,” tweeted WGA East Executive Director Lowell Peterson. “He supported our small union on the picket line and in the halls of Congress. He will be sorely missed.”