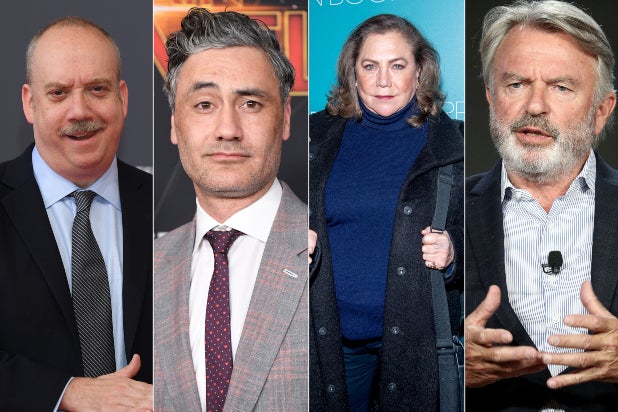 When “Rick and Morty” returns with its long-awaited Season 4 this November, fans won’t just be reuniting with everyone’s favorite mad scientist and his nervous nephew, as the 10-episode installment will feature at least four new recognizable voices.

When asked if Neill’s appearance will be “riffing off ‘Event Horizon,’ ‘Jurassic Park,’ or neither,” Roiland said “neither.”

“He’s from the same species as Taika’s character, and we wanted a Kiwi flavor to their species,” he added.

In terms of the stories you can expect to see in Season 4, Roiland said: “Without giving anything away, we have serialized stuff we check in on now and then that’s sprinkled over the top of strong episodic episodes. To fans of the show, they’re going to want to watch them in order.”

And as for when the show, which received a massive 70-episode order from Adult Swim last year, will come to an end, Harmon and Roiland aren’t sure.

“It’s way too early to say. On any given day you’ll feel like this thing can go for 20, 30 seasons. We have characters that don’t really age, it’s very ‘Simpsons’-esque. There’s so much we can do to keep riding this train,” Roiland said.

“Sure I’ll end it! But I don’t know that would be on 70. I would be equally unsurprised if you told me that this thing goes for 20 years. I wouldn’t balk at that at all. If it still feels right, let’s do it,” Harmon added.

“Yeah, unless people don’t give a s— anymore. If we’re making it and nobody’s watching it…,” Roiland said.

The pair also said they are already working on Season 5, so you shouldn’t be worried about another giant gap between seasons again.