Famed music producer Rick Rubin has signed a deal with Endeavor Content to further bring his Shangri La recording studio into film and TV. The overall deal will see Rubin partner with Peter Berg’s Film 45, which was acquired by Endeavor Content in 2019.

Under the overall deal, Film 45 will provide Rubin with the resources, development funds, executives and infrastructure. Leila Mattimore will lead the development efforts on behalf of the partnership.

The announcement comes a day before the debut of Hulu’s six-part docuseries “McCartney, 3, 2, 1,” in which Rubin and Paul McCartney explore McCartney’s music, from his youth to his time in the Beatles, the Wings, and through his career as a solo artist. 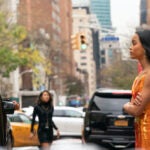 “Rick is a beautiful storyteller who brings a fan-first eye and an open heart. He is both a driver and passenger of pop culture and together with Film 45 will break glass,” said Graham Taylor and Chris Rice, co-presidents of Endeavor Content.

“Iconic and legendary are two words that define Rick Rubin’s career, and we’re excited to collaborate with him in this partnership to share his exceptional point of view,” Film 45 Matt Goldberg.

Rubin is represented by WME.