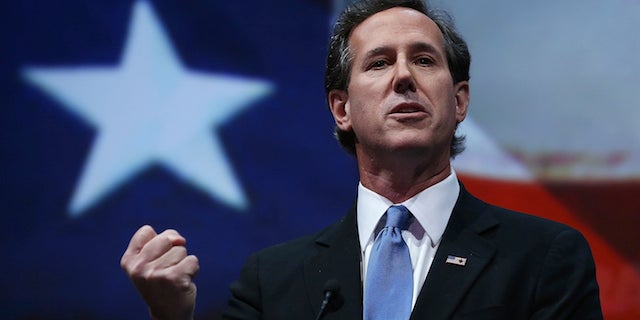 While former Pennsylvania Senator and 2012 Presidential candidate Rick Santorum waits for another opportunity to run for the oval office, he'll be running a Christian film studio in Dallas.

Santorum has been named CEO of production company EchoLight Studios, which produces, finances, markets and distributes faith-based family films across all releasing platforms.

“This is the right place and right time, and I’ve jumped in with both feet,” Santorum said in a statement. “I often say that culture is upstream from politics, and I know entertainment also can be strength and light for people who want to be uplifted and reinforced in their values.”

The company's first theatrical release, "The Redemption of Henry Myers," is directed by Sean McNamara ("Soul Surfer"). The fall 2013 release stars Patrick Warburton ("The Tick") and Lauren Holly ("Dumb and Dumber"), and is based on the inspiring story of Illinois basketball player Eric “Hoovey” Elliott.

Although the company is young, Santorum is optimistic about the impact it will have on the movie industry.

“Dallas can become the Hollywood of the faith-and-family movie market," he said. "And the keys are great content and economic success using money from all over to build out the industry and distribute an authentic product truthful to the faith in people’s lives.”