Ricky Martin has filed a $20 million lawsuit against the nephew who accused him of sexual assault, a rep for the singer and actor confirmed to TheWrap on Wednesday.

The lawsuit, which was filed in San Juan, Puerto Rico, alleges that Dennis Yadiel Sánchez is trying to “assassinate [Martin’s] reputation and integrity,” and that the accusations were made “maliciously, without any probable cause, with serious disregard for the truth and knowing that they were false.”

In July, Sánchez filed a restraining order against Martin, claiming that he’d had a seven-month incestuous relationship with his Grammy-winning uncle, who he further claimed was now stalking and harassing him. Martin denied the shocking allegations and his nephew withdrew his claims, “admitt[ing] under oath that he had never been sexually assaulted by Plaintiff.” 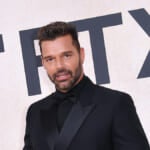 Per the lawsuit, Sánchez has continued his campaign of harassment, including posting Martin’s private cell phone number on social media and creating an Instagram account for one of Martin’s underage children.

The suit, which refers to Sánchez as a “maladjusted individual,” is seeking $20 million as recompense for lost multi-million deals and damage to Martin’s reputation.

Martin, who now feels “unsafe” in his home country of Puerto Rico, also wants Sanchez to be banned from communicating with him and his family, “either personally, by telephone and/or through social
networks.”