Valencia told AP that the order was signed on Friday, but authorities were unable to find the star at his home in the north coastal town of Dorado. TMZ reported on Saturday that the order has not yet been served to the “Livin’ La Vida Loca” singer.

The identity of the person who asked for the restraining order is not yet known. According to El Vocero, a Puerto Rican newspaper, the order states that Martin and the other party dated for seven months, but broke up two months ago. The petitioner also said that Martin did not accept the separation and has been spotted outside his house at least three times. “The petitioner fears for his safety,” El Vocero quoted the order as saying. 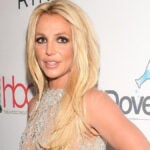 Martin’s publicist did not immediately respond to TheWrap’s request for comment.

Valencia said that the order bars Martin from contacting the person who filed it and that a judge will determine at a hearing scheduled for July 21 whether the order should remain in place or be lifted.

Interestingly, the request was made directly to the court and not to the police, which means that it was not reviewed by prosecutors. However, TMZ reports that the judge approved the order based on evidence presented by the plaintiff, which “demonstrated that there is a substantial possibility of immediate risk of abuse.” 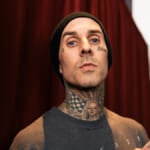 Also Read:
Travis Barker Updates Fans on Hospitalization and Recovery: ‘I Am so Very Grateful’

The person requesting the restraining order does not appear to be Martin’s husband of five years, Jwan Yosef.

Martin is also being sued for $3 million by his former manager, Rebecca Drucker, who claims to have knowledge of a “career-ending allegation” against the singer. In legal docs obtained by TMZ, Drucker, who was his manager from 2014 to 2018, was called back in May 2020 when his “personal and professional life [were] in absolute turmoil.”