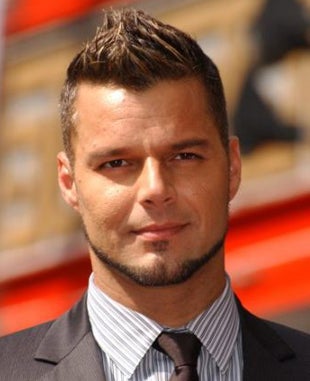 Ricky Martin's appearance at Univision's annual upfront presentation today was supposed to be top-secret, but word of his surprise performance got out on Twitter a few hours before the show.

The news leaked from Martin himself, who sent out a Tweet saying, "Im in New York for the Univision Upfront" at about noon. The network's presentation began three hours later.

In a possible nod to the Twitter snafu, the Univision presentation kicked off with Martin walking on stage, holding his BlackBerry, and sending out a Tweet: "Viva el español" ("Long live Spanish"). Martin's Twitter message was projected on a large screen behind him.

Martin will be putting down his BlackBerry and picking up a microphone for a musical performance later on in the presentation. Univision's Twitter leak comes less than two weeks after NBC possibly revealed some of its pilot picks on the popular social networking site.