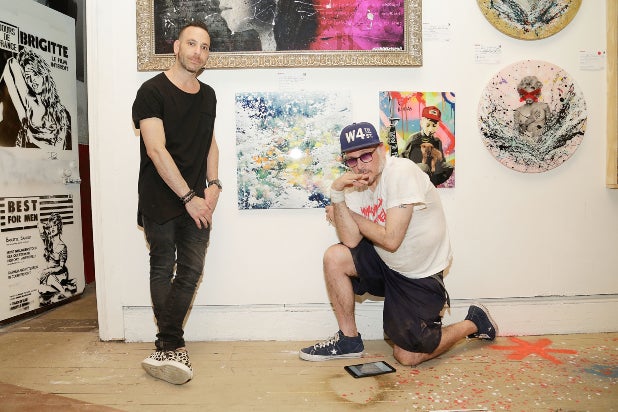 Ricky Powell, the street photographer who chronicled New York City’s legendary entertainment and hip-hop scene, died on Monday. He was 59.

Powell’s manager, Tono Radvany, confirmed his passing and told Complex, “I just want to let everybody know he was a very special man, and he will be sorely missed.”

Powell was considered an honorary member of the Beastie Boys since he was close friends with Adam Horovitz (Ad-Rock) and the two went to high school together. When the band agreed to tour with Run-DMC in 1986, Powell joined the tour to take photos and eventually became the house photographer for Def Jam Recordings, the record label started by Rick Rubin that managed and produced both the Beastie Boys and Run-DMC for a time.

The Beastie Boys shouted out Powell several times in their track “Car Thief,” off the 1989 album “Paul’s Boutique” — “like Ricky always said, you’ve got to toke and pass, Or Mookie’s gonna’ kick your motherf—ing ass.” The second lyrical nod to Powell came later in the song — “Homeboy, throw in the towel, your girl got d—ed by Ricky Powell.”

In addition to his work with Def Jam, Powell’s photos were featured in the New York Times, the New York Post, Rolling Stone, The Source and the Village Voice. He hosted a talk show from 1990-1996 called “Rappin With the Rickster,” where he interviewed ordinary people and pop culture icons, including Laurence Fishburne, Cypress Hill, Sonic Youth, Doug E Fresh and Russell Simmons.

Powell lived in Greenwich Village and was known for his intimate recording of the downtown New York City party scene in the 1980s and 1990s. He used his exclusive access to photograph artists like Andy Warhol, Keith Haring and Jean-Michel Basquiat. Powell also published five books and was the subject of the 2020 documentary “Ricky Powell: The Individualist,” which was directed by Josh Swade and featured comments from Fishburne and Natasha Lyonne.

Despite his access to stardom, Powell said in 2011 he’d rather “photograph strangers in his Greenwich Village neighborhood than multi-platinum hip-hop acts and Downtown art stars.”

“You could say I’m taking the photo of the subject, but I like to say to the subject, person or people, ‘Look, we’re creating this image together, you be you,'” Powell said in an interview with Time in 2016.

The Roots frontman and Ricky Powell’s friend Questlove mourned his loss Monday, and said on Instagram, “Shoutout to The Rickster for being our first tour guide. We were just some young cats in the game on our first American tour & like the freshmen we were Rick was the varsity cat who literally introduced us to everything,” Questlove wrote. “Last day he told me ‘always save mementos & documents & photos’ I never forgot that. Thank you Rickster! Rest In Breakbeats Man.”