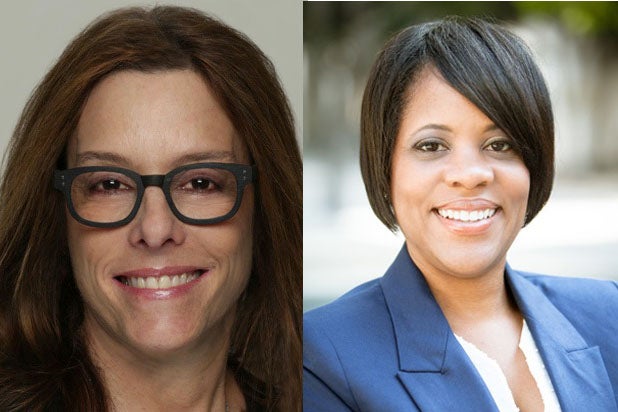 “Ride Along” producer Will Packer has hired UTA agent Barbara Dreyfus (above, left) to run the film division of the production company he launched in October. Based at Universal, Packer’s new company is off to a great start with “Ride Along,” which grossed $48 million over the holiday weekend.

Dreyfus has worked at UTA for the past 13 years, representing writers, directors and producers. Her clients will remain at UTA, where Packer is also represented. Packer has been producing films for two decades, and experienced two of his biggest successes in the past couple years with “Ride Along” and “Think Like A Man.”

Both of those films star Kevin Hart, and two more Hart-Packer productions, “About Last Night” and “Think Like A Man Too” will open later this year. Another, “The Wedding Ringer,” opens next year.

“I’m thrilled to have Barbara on my team. Her impeccable taste in material and great relationships across the creative community will be key assets as we establish and expand our Will Packer Productions brand,” Packer said in a statement. “Additionally, she shares my passion for quality commercial material.”

Packer’s company also has a TV deal at Universal, and has hired former Warner Bros. TV executive Korin D. Huggins (above, right) to oversee that department.