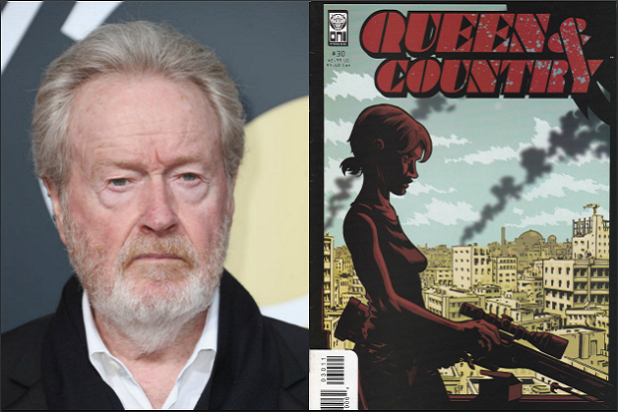 Sir Ridley Scott is in talks to direct “Queen and Country” at Fox, the spy thriller based on the Eisner award-winning graphic novel by Greg Rucka, TheWrap has learned exclusively.

Set in the fictional British Secret Intelligence Service, “Queen and Country” centers on an operative named Tara Chace, a top British intelligence agent who is used as bait to draw out an international terrorist after an attack in London. The hit series ran for 32 issues from March 2001 to August 2007. “Queen & Country: Operation Broken Ground” won the 2002 Eisner Award for Best New Series.

Scott would also produce Fox’s adaptation with Chernin Entertainment. John Rogers, Ryan Condel, Olivia Milch, and Rucka wrote drafts of the script. Ellen Page was attached to star as Chace post-2007’s “Juno,” and commercials director Craig Viveiros at one time was attached to direct. Neither is still connected to the project.

Scott directed 2017’s J. Paul Getty story “All the Money in the World” for Sony, and the director did last-minute reshoots to replace Kevin Spacey with Christopher Plummer. Plummer earned a Best Supporting Actor nomination for the last-minute role. Scott also directed “Alien: Covenant” for Fox. Last month, it was also reported that Scott was in talks to direct “The Merlin Saga” for Disney.

Scott is repped by WME.