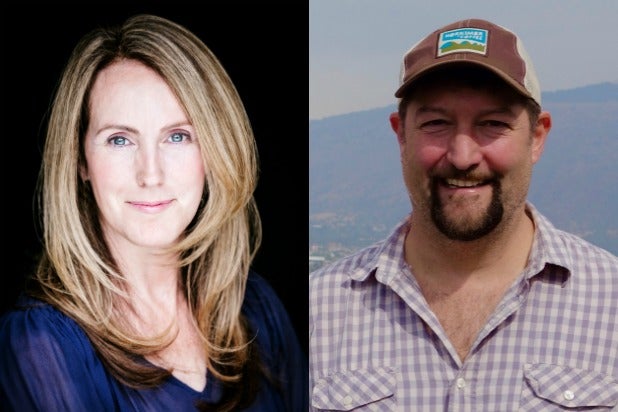 Kelly Souders and Brian Peterson, the showrunners behind Ridley Scott’s upcoming Nat Geo series “The Hot Zone,” have signed a two-year overall deal with Fox 21 Television Studios, extending their current relationship with the studio amid Disney’s pending takeover of the Fox asset.

“Kelly and Brian are part of the family and fantastic writers who have done great work for us on shows like Salem and Genius,” Fox 21 TV president Bert Salke said Thursday. “We’re excited to have them exclusively at Fox 21 as we embark on their own show, ‘The Hot Zone.’ They are the perfect showrunners and writers, along with Jeff Vintar, to bring this terrifying true story to the screen.”

“The Hot Zone” is based on Richard Preston’s bestseller about the Ebola virus and its impact on the human race. Souders and Peterson will pen the script and executive produce alongside Vintar. The series hails from executive producers Scott, Lynda Obst Productions and Fox 21 Television Studios.

Souders and Peterson previously served as executive producers and showrunners for The CW’s “Smallville,” and have contributed as writers and producers for “Salem,” “Under the Dome,” and most recently Nat Geo’s “Genius.”

The producers join a list of Fox showrunners who have chosen to extend their deals with the studio ahead of the upcoming Fox-Disney merger, including Liz Meriwether (“New Girl”), Lee Daniels (“Empire,” “Star”), Tim Minear (“9-1-1”) and Kurt Sutter (“Mayans MC”), among others.

Both are represented by WME and attorney Michael Gendler.