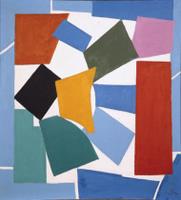 The right-wing blogosphere has turned into a mass of art critics, and they’re bashing the Obama White House for including a painting by Alma Thomas among the works chosen to decorate the residence.

The White House in early October released a list of 45 artworks borrowed from national museums for mostly private areas of the White House. Among them was a painting by Thomas (1891-1978), the first African American artist to show at New York’s Whitney Museum. 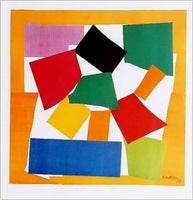 However, the painting chosen, "Watusi (Hard Edge)" (left), has been called plagiarism, and Thomas accused of ripping off a Matisse painting (right). The bloggers claim President Obama was either too clueless to notice the plagiarism, or turned a blind eye because the artist is black.

The painting had quietly disappeared from the White House by late October. The Hirshhorn Museum confirmed it had been returned, but no one in the White House was talking.