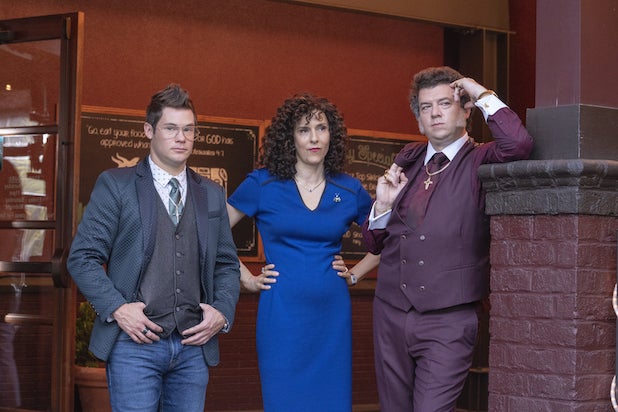 The comedy, which stars McBride, John Goodman, Edi Patterson and Adam Devine, premiered last month (as HBO’s most-watched comedy debut in more than three years) and tells the story of a “world-famous televangelist family with a long tradition of deviance, greed and charitable work.”

According to HBO’s description, “Well into the second generation of a grand televangelist tradition, the renowned Gemstone family is living proof that worship pays dividends in all sizes, including their megachurch.”

“The Righteous Gemstones” is created and written by McBride, who directed and executive produced the nine-episode first season along with Jody Hill and David Gordon Green. The series is also executive produced by John Carcieri, Jeff Fradley and Brandon James, produced by David Brightbill and co-produced by Justin Bourret and Melissa DeMino. Consulting producers include Grant DeKernion, Jared Hess, Kevin Barnett, Chris Pappas and Edi Patterson.

“Danny, Jody and David are among our favorite collaborators and we’re thrilled that their take on a family comedy has been met with such enthusiasm,” Amy Gravitt, executive vice president of HBO programming, said in a statement. “We cannot wait to share the next steps in the Gemstone family’s epic journey. Hallelujah!”

“Gemstones” marks the third HBO series for the Rough House Pictures team of McBride, Hill and Green, following “Eastbound & Down” and “Vice Principals.”