Rihanna is all set to headline the Super Bowl LVII Halftime Show on Feb. 23, 2023, in State Farm Stadium in Glendale, Arizona.

The NFL and the music superstar simultaneously made the announcement Sunday on social media.

The NFL announced Thursday that Apple Music is the new Super Bowl Halftime Show sponsor in a deal that came four months after longtime sponsor Pepsi backed away from the annual show.

“The brand’s decision to leave the Halftime Show is the first move in its much larger strategic shift to bring unprecedented music and entertainment experiences to fans – where they are now, and where they will be in the future,” Pepsi said in a statement to TheWrap in May. The Halftime Show sponsored by Pepsi featured Dr. Dre, Mary J. Blige, Snoop Dogg, Kendrick Lamar, Eminem, 50 Cent and Anderson .Paak, and drew in more than 120 million viewers.

Rihanna’s loyal fans – known as “The Navy” – couldn’t be happier. Here is a tiny sampling: 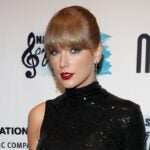 It was just a couple of days ago that the internet went crazy speculating that Taylor Swift was going to take the stage at the next Super Bowl. With the recent pickup of sponsorship of the musical performance by Apple Music from previous sponsor Pepsi, Swifties had reason to believe that the “Cardigan” singer could have more freedom to perform this time around.

She has had a deal with Pepsi rival Coca-Cola since 2015, which may or may not have restricted her leeway to play, as Pepsi was previously the official sponsor. They announced that it would not renew its contract with the NFL earlier this year; the news that Apple Music will take the role broke Thursday.

Friday, TMZ reported that although Swift was asked to perform, she turned down the opporunity because she wants to continue rerecording her back catalogue.

“I couldn’t dare do that,” she told Vogue. “Who gains from that? Not my people. I just couldn’t be a sellout. I couldn’t be an enabler. There’s things within that organization that I do not agree with at all, and I was not about to go and be of service to them in any way.”

Rihanna hasn’t released a new album in six years, that being the studio album, Anti, which brought us hits like “Kiss It Better,” “Needed Me” and “Love on the Brain.”