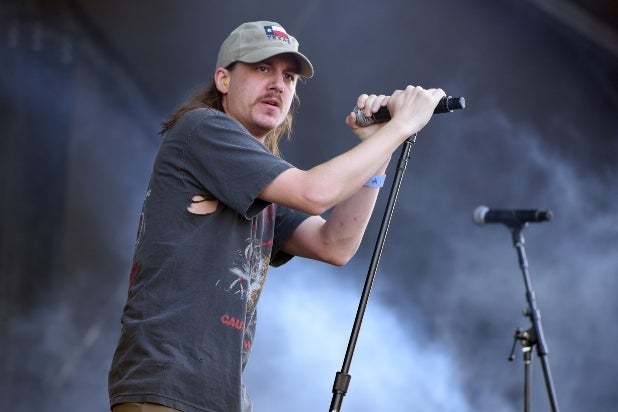 He was 34, according to Pitchfork. The band released a statement confirming his death on Tuesday.

“It is with the greatest of sadness we must announce that our lead singer and brother Riley Gale passed away last night,” the band wrote in a statement. “Riley was a friend, a brother, a son. Riley was both a larger than life rock star and a humble and giving friend. He touched so many lives through his lyrics and through his huge heart. He treated everyone he met as a friend and he always took care of his friends. We will celebrate Riley’s life and never forget the great works of music, charity, and love that he left behind. You, the fans, meant so much to him, please know how special you are. If you have a memory of Riley please share it, no matter how small, as we remember him.”

The band asked for privacy at this time, and said that “in lieu of flowers, please send donations to Dallas Hope Charities.”

They also noted that funeral and visitation arrangements are still being decided. His cause of death has not yet been released.

Power Trip formed when Gale was 22 and working an office job while going to school at the University of North Texas in Denton, according to Pitchfork. Their first album, Manifest Decimation, came out in 2013, followed by Nightmare Logic in 2017. They released a compilation of rarities in 2018 called Opening Fire: 2008-2014, and in June put out a live album called “Live in Seattle: 5.28.2018.

This year, Gale personally collaborated with Ice T’s band Body Count  on a song from their 2020 album Carnivore called “Point the Finger.”

Ice T remembered him with a tribute video performing the song on Tuesday.

“Posted in Tribute to my friend Riley Gale…. Gone far to soon..” he wrote. “GOD BLESS YOU homie… So Fn sad.”

Many other bands in Power Trip’s orbit also took a moment to remember the singer, including Hatebreed, Overkill, Volbeat, and Coheed and Cambria.