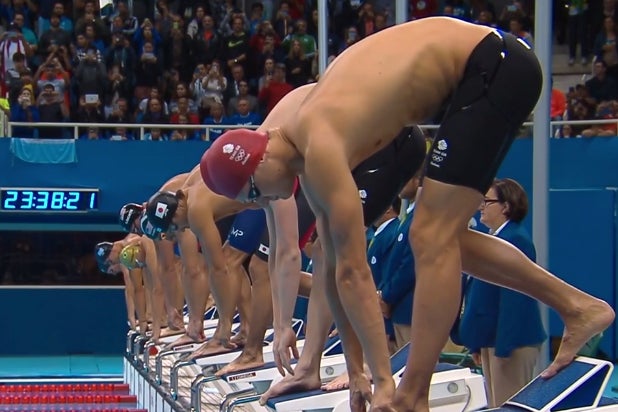 We knew it would happen, and now it has: NBC has pole-vaulted above CBS to become the top-rated broadcaster for the (still ongoing) 52-week TV season.

The broadcaster is now three-tenths of a Nielsen TV ratings point ahead of its closest competition in the advertiser-sought 18-49 demographic — thanks, Rio Olympics! In other words, Super Bowl 50 was good while it lasted.

NBC is expected to continue its lead for the duration of the September 2015-Sept. 2016 run, and claim a third consecutive 12-month-long season victory in the main demo.

Heading into the Olympics, NBC and CBS were tied for No. 1, both with a 2.0 primetime average rating. Now, NBC holds a 2.3, per Nielsen’s “most current” ratings — which include one week’s worth of delayed viewing where available — while CBS has slipped to a 1.9.

NBC had some pre-Rio catching up to do, as CBS won the traditional fall TV season — from Sept.-May — in both the main demo and among total viewers. Fortunately for one of those nets (and unfortunately for the other), shows like “America’s Got Talent” and “American Ninja Warrior” helped NBC get up to speed even before the Olympics opening ceremony.

NBC executives have publicly claimed in the past that they only care about the 52-week TV season — which makes sense, because the Comcast channel usually takes it, thanks to a strong summer slate and Olympics rights. While the warmest months aren’t exclusively for reruns anymore elsewhere, other networks still seem to focus more on the traditional Sept.-May version, which also happens to be more winnable for them. Smart.

There’s some silver (medal) lining for CBS here: The Les Moonves-led network is still ahead among total viewers, and should hold that podium through the duration of the 52-week TV season.

Lower-rated Fox has the Super Bowl this coming year; with no Olympics, it will be every CEO for him or herself.