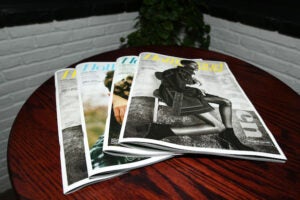 Hypixel was formed in 2018 to develop a Minecraft server and soon began developing its own games. Terms of the acquisition were not disclosed. Hypixel said it will continue to operate out of its headquarters in the city of Derry/Londonderry in Northern Ireland and will use the new capital to hire 20 new staffers and expand its operations.

“Over the last 18 months, we’ve been fortunate to advise Hypixel Studios as they build toward their vision for evolving a game genre that reaches an incredibly diverse range of players around the globe,” Riot Games President Dylan Jadeja said in a statement. We look forward to supporting Hypixel Studios’ journey through the development process, helping them grow, and learning from them as well.”

Hypixel Studios is working on its first title, “Hytale,” to be released next year. The multi-platform game will combine several different modes of gameplay, including crafting and block-based construction similar to Minecraft, mini-games and a combat adventure mode. Hypixel said that over 2.5 million people worldwide have signed up to access the beta version of “Hytale” prior to release.

“When we led the investment in the Hypixel Studios team two years ago, we saw a group deeply immersed in existing block games who believed that the genre could better serve its community,” said Cho. “We can’t wait to see how their work will continue to evolve.”

The Hypixel Studios investment isn’t Riot’s first foray into backing smaller gaming companies that support its larger mission of becoming a dominating force in the global gaming and esports market.

Sources familiar with Riot’s operations said the company plans to take its investment experience and establish a formalized venture capital fund to handle future funding. Riot has invested in ten companies since it launched in 2006 and plans to launch the formal fund later this year.

This March, Riot backed Mainframe Industries, a Helsinki-based studio developing online multiplayer games, in an early stage funding round worth $8.4 million. And last November, Riot joined the $8 million seed round for San Francisco-based startup Bunch, which makes a mobile game application for people to play games via video chat on smartphones and tablets.

“Since our first meetings with Riot leadership long before their initial investment, we’ve found in Riot a partner with a similar commitment to empowering players,” Hypixel Studios Chief Executive Aaron Donaghey said in a statement. “As development kicks into high gear, we’ll benefit from Riot’s resources, expertise, and experience while maintaining the operational independence that has enabled our success so far.”