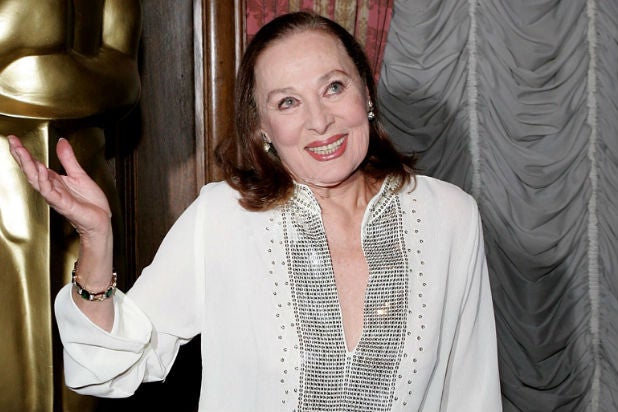 Rita Gam, a ’50s film star and founding member of The Actor’s Studio, died Tuesday of respiratory failure in Los Angeles. She was 88.

Gam’s credits include “Night People” and “Shoot Out” alongside Gregory Peck, “Hannibal” with Victor Mature and appearances on “The Rockford Files.” Later in life, Gam produced a series on the global film business and a PBS travel show called “World of Beauty.”

Gam was the ex-wife of legendary director Sidney Lumet (“12 Angry Men,” “Dog Day Afternoon”), and a close confidant to the late Grace Kelly, for whom she stood as bridesmaid during the “High Society” actress’ 1956 wedding to Prince Rainier III of Monaco.

Her performance in Tad Danielewski’s 1962 film “No Exit” earned her the Silver Bear for best actress from the Berlin Film Festival.

Actress Rita Gam died today at Cedar-Sinai Medical Center in Los Angeles. She was 88. The cause was respiratory failure.

Born in Pittsburgh, Pennsylvania on April 2, 1927, she was raised in New York City. Her acting career began on Broadway in 1946’s A Flag Is Born before she moved on to film and television.

Her first film role was in 1952 in The Thief starring Ray Milland. Among her best known roles were in Hannibal with Victor Mature, Night People and Shoot Out with Gregory Peck, Sign of the Pagan with Jack Palance and Jeff Chandler, Nicholas Ray’s King of Kings and Alan Pakula’s Klute. However, it was her role in director Tad Danielewski’s No Exit from the Sartre play that won her a Silver Bear for Best Actress at the 1962 Berlin Film Festival.

Ms. Gam was a founding member of The Actor’s Studio. She was also a leading member of the Minnesota Theater Company during the opening season (1963) of the Tyrone Guthrie Theater in Minneapolis with Zoe Caldwell, Hume Cronyn and Jessica Tandy. In 2003, she appeared in the rotating cast of the Off-Broadway stage reading of Wit & Wisdom. Among other notable productions were Hamlet with Dan Mason and There’s A Girl in My Soup with Gig Young.

Her work on television included such prominent series as Playhouse 90, Family Affair, McMillan & Wife, Mannix, and The Rockford Files. More recently, she produced the documentary series World of Film that examined film industries around the world, followed by the award-winning PBS travel series series World of Beauty (co-produced with her partner Peter Powell)

Ms. Gam also authored a number of books including Actress to Actress and Actors: A Celebration, among others.

Gam was married twice. Her first husband was director Sidney Lumet. In 1956, she married Viking Press publisher Thomas Guinzburg. Both marriages ended in divorce. She was a close friend of Grace Kelly and was a bridesmaid at her wedding to Prince Ranier.