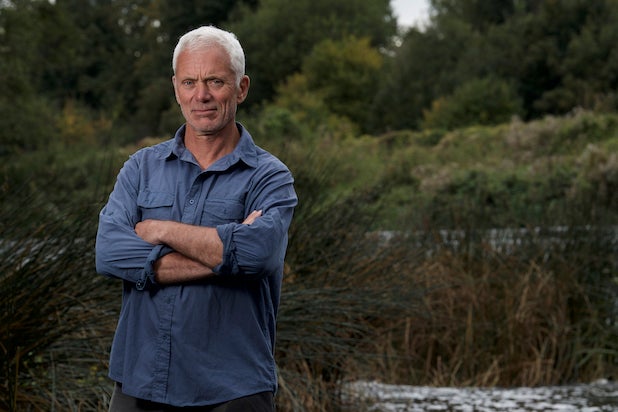 After leaving the cable channel in 2017 following a nine-season run as host of “River Monsters,” the famous biologist will return “in a captivating new series that brings him back to the water’s edge to investigate reports of the unimaginable and unexplained.”

Here’s the official description for the series, which will premiere April 21: In “Jeremy Wade’s Dark Waters,” Wade spotlights the bizarre, the weird and the mysterious as he investigates baffling, unsolved mysteries. He takes Animal Planet’s audiences on journeys beneath the water in remote areas, to islands lost in time and out into the open ocean to investigate reports that include, among others, entire fish species suddenly disappearing; unexplained sightings of mythical beasts; once thriving rivers now empty; and genetic oddities that may have produced the biggest monsters yet.

“These are detective stories with a difference – fishy tales from remote waters, and from right under our noses,” Wade said. “If anybody thought that by now I’d seen it all, you’re in for a surprise – as I was.”

The show will also have an original four-episode digital mid-form series on Animal Planet GO, “Dark Waters: How to Catch a River Monster,” as a companion to the linear show.

Per Animal Planet: In this series, which will drop on May 14, Jeremy goes into deep detail regarding the techniques, strategy and equipment used to find some of the fish featured in the series. “Dark Waters: How to Catch a River Monster” will also be released weekly on Facebook and on YouTube. Additional social content this season will include new installments of a short-form series “Monster Moments” which will highlight the physical attributes of fish, sharks, and other marine animals featured in the linear series, as well as weekly episodic sneak peeks and Instagram stories.

Read episode descriptions for the first season of “Dark Waters” below.

Italy’s Lake Monster – According to legend, one of Europe’s most beautiful lakes guards an ancient secret. First reported in the 16th century, the Lake Garda Monster has been described as a huge humped beast – half snake, half dinosaur. Jeremy travels to Northern Italy to investigate but is faced with more than one possible culprit. It turns out these lakes and rivers, despite being in one of Italy’s most populous regions, could be hiding more than one enormous beast worthy of the monster title.

Alaska’s Lost River Kings – Jeremy Wade travels to Alaska to investigate reports of the mysterious disappearance of the majestic King Salmon. His search for answers takes him from the state’s most heavily fished rivers to the mighty Yukon River where the King Salmon is the lifeblood of the native communities and out into the ocean, following a trail of evidence that leads him to encounters with some of Alaska’s most formidable predators. Who or what is killing the kings?

Also Read: Neal James, The Banjo Man on Animal Planet's 'Call of the Wildman,' Dies at 55

Return of the Outback Beast – A report of an underwater attack in Australia has caught Jeremy Wade’s attention. The story of a diver tangling with a colossal fish is intriguing, but according to most people, there shouldn’t be any fish of significant size in the area. Chasing a lead, Jeremy travels to eastern Australia to investigate, and discovers that the fish responsible for the attack could be a species back from the brink of extinction.