“The Breakfast Club” star Anthony Michael Hall has been cast as Principal Featherhead in the upcoming “Riverdale” flashback episode — which happens to be a darker take on the 1985 teen film.

The episode, titled “The Midnight Club,” will air on Wednesday, Nov. 7, at 8 p.m. on The CW. As showrunner Roberto Aguirre-Sacasa explained at this summer’s Television Critics Association press tour, the episode will feature the younger cast members as their parents.

“And we’re going to learn about a really, really dark secret in Riverdale that the parents have been keeping since they were in high school,” he said.

It was previously announced that Kelly Ripa and Mark Consuelos’ son Michael will step into his dad’s shoes to play the role of young Hiram Lodge in the episode.

The actors who play Fred and Alice have confidence in their younger counterparts.

Also Read: 'Riverdale' EP Tells Us How the Arrival of Gladys and Jellybean Will Disrupt Jughead and FP Jones

Madchen Amick, who plays Betty Cooper’s (Lili Reinhart) mother Alice Cooper, said Reinhart is “ready to go full ‘Twin Peaks'” as a tribute to her on-screen mother and has been “studying” her role as Shelly Johnson on the cult David Lynch classic in preparation for playing a younger version of Alice.

“And it’s going to be great to see, cause KJ is so good at imitating people,” Perry said. “Not just me — anybody.”

See the parents’ yearbook page — with some pretty apt superlatives — below. 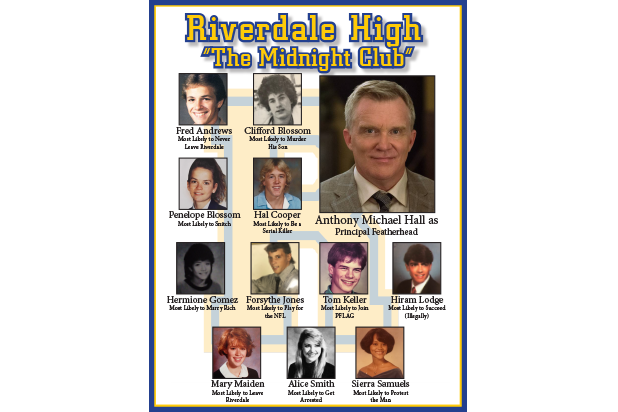