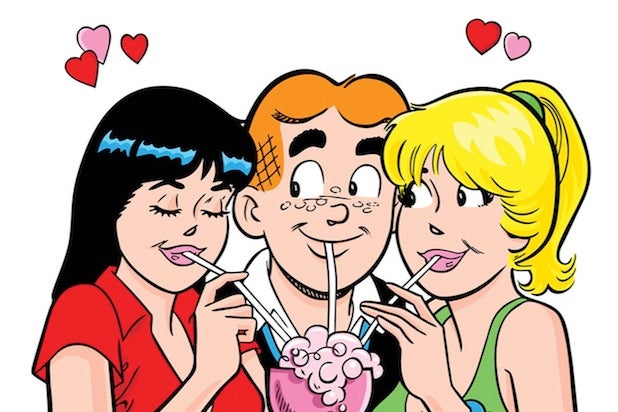 The CW has picked up three new series for the 2016-17 season, ordering “Riverdale,” “Frequency” and “No Tomorrow.”

Greg Berlanti‘s “Riverdale” is set in the present day and is based on the iconic Archie Comics characters. It is described as a surprising and subversive take on Archie, Betty, Veronica and their friends, exploring the surrealism of small town life — the darkness and weirdness bubbling beneath Riverdale’s wholesome façade.

Roberto Aguirre-Sacasa will write and executive produce along with Berlanti, Sarah Schechter and Jon Goldwater.

The network has also picked up “No Tomorrow,” from “Jane the Virgin” alum Corinne Brinkerhoff, along with Scott McCabe and Tory Stanton. Ben Silverman will also serve as executive producer.

The story follows a risk-averse, straight-arrow, female procurement manager at an Amazon-like distribution center who falls in love with a freewheeling man who lives life to the fullest because he believes the apocalypse is imminent. They embark on a quest together to fulfill their individual bucket lists.

The project is from CBS Television Studios in association with Electus.

“Frequency” will be written by “Supernatural” alum Jeremy Carver, who will also serve as EP, along with Toby Emmerich, John Rickard, Dan Lin and Jennifer Gwartz.

In this reimagining of the New Line Cinema time-travel film, a female police detective in 2016 discovers she is able to speak via a ham radio with her estranged father (also a detective) who died in 1996.

The three new series pickups join “Supergirl,” which was just announced to be moving from CBS to the CW for its second season.