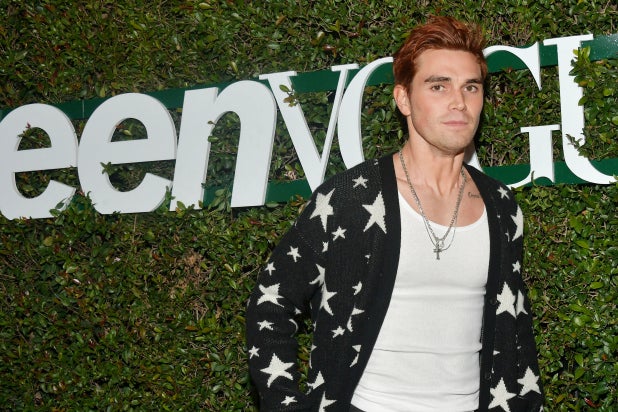 “I Still Believe” is described as an uplifting and inspiring true-life story of Christian music megastar Camp and his remarkable journey of love and loss that proves there is always hope and that faith tested is faith worth sharing.

Camp has had four RIAA-certified Gold albums, two American Music Awards nominations, 38 No. 1 songs, a Gold digital single with “There Will Be A Day” and was Billboard’s #2 Christian artist of the decade 2010.

Gary Sinise has been cast to play his father, Tom Camp, in the film.

Jon Erwin and Andrew Erwin, along with their producing partner Kevin Downes, are reteaming with Lionsgate for “I Still Believe.”

The film marks the Erwin Brothers’ second collaboration with the studio following the box office hit “I Can Only Imagine,” which grossed $83.5 million on a $7 million production budget, according to Box Office Mojo. “I Still Believe” will be the team’s first project resulting from their film and TV first-look deal with Lionsgate.

The Erwin Brothers will also direct the film from a script written by Jon Erwin and Jon Gunn.

Kevin Downes and The Erwin Brothers will produce the film under their Kingdom banner.

Downes and the Erwin brothers have been building their brand in the rapidly growing inspirational faith-based family market, having collaborated on three films in the last five years, all of which have opened in the top 10 movies in the U.S..

This latest project underscores Lionsgate’s commitment to the faith-based movie-going community. The studio has found success with the double Oscar-winner “Hacksaw Ridge,” “The Shack” and “I Can Only Imagine,” which was the No. 1 indie film of 2018.

Apa, who is repped by John Sacks at UTA and Matt Luber at Luber Roklin, last appeared on the big screen in Fox’s “The Hate You Give.” He will also appear in Netflix’s “The Last Summer” later this year as well as “Altar Rock,” a thriller inspired by the Boston Marathon bombing.

Sinise is repped by Jimmy Darmody at CAA and Marc Gurvitz at Brillstein Entertainment Partners.

“I Still Believe” begins shooting this spring and will open on March 20, 2020 in wide release.