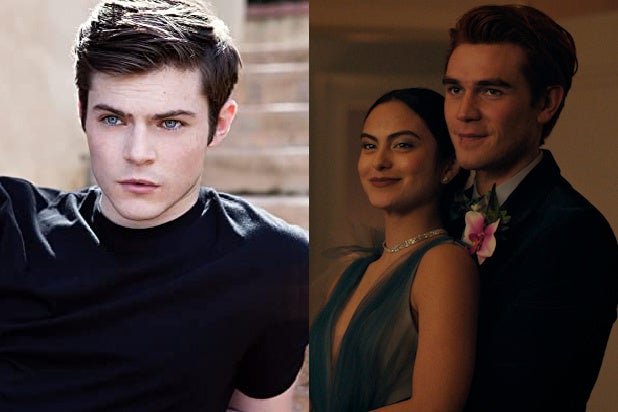 Per The CW, Mason will play Chad Gekko, Veronica’s (Camila Mendes) controlling and jealous husband who works on Wall Street. He’s described as “an Alpha dog,” who is threatened by Veronica’s life in Riverdale, especially her friendship with Archie (KJ Apa).

Chad will be introduced in Episode 4 of “Riverdale’s” fifth season, which airs Wednesday, Feb. 10. That hour will feature the much-anticipated time jump that series creator Roberto Aguirre-Sacasa and the cast have been talking about since Season 4 wrapped prematurely due to the pandemic.

When we last left, Archie and the gang were at the end of their senior year at Riverdale High. When the series returns in Jan. 20, we’ll find out how the high school storyline comes to a close before “Riverdale” skips ahead seven years.

Readers can watch the “Riverdale” Season 5 trailer here. That preview of the fifth-season premiere shows Archie, Veronica, Betty (Lili Reinhart), Jughead (Cole Sprouse), Cheryl (Madelaine Petsch) and Toni (Vanessa Morgan) attending their senior prom, which might not turn out to be the happiest of affairs.

As fans will remember, before “Riverdale’s” fourth season came to an early end, Betty and Archie were hooking up in secret but trying to cut that naughty behavior out, after having first publicly pretended to be a couple to draw out the person who had attempted to murder Jughead.

That plan succeeded under the approval of Jughead and Veronica. The only problem is, Archie and Betty kept going and had their old feelings reignited. Looks like Veronica will finally learn the truth at what is meant to be a celebration and “last dance” for the gang, as Archie puts it.