Three short films have qualified for the Academy Awards in the shorts categories by winning top prizes at the 17th annual HollyShorts Film Festival, which handed out its awards at Harmony Gold Theater in Hollywood on Friday night.

The winners in HollyShorts’ three Oscar-qualifying categories are “The Long Goodbye,” directed by Aneil Karia and starring Riz Ahmed, which won the Grand Prix as the festival’s best film; “Little Bear,” directed by Nicolas Birkenstock, which won in the Best Live Action category; and “I Am a Pebble,” which was named the festival’s best animated film.

An additional three dozen awards were handed out at the end of the festival, which took place from Sept. 23-30 at the TCL Chinese Theaters, Japan House LA and other locations in Hollywood. The ceremony was hosted by Digital LA founder and CEO Kevin Winston and actress and author Lizza Monet Morales. 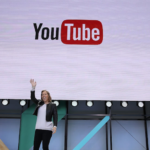 The online version of the festival is currently available on the HollyShorts digital platform, Bitpix TV.

Best Producer: Henry Tumwesigye for “The Night I Left America” 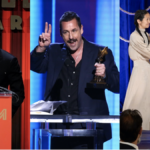 Also Read:
The Oscars Will Be Earlier Next Year, But the Season Will Be Even Longer